An historic church, tucked away

On our way back from Hereford Hospital on Thursday, we stopped briefly so I could explore this little church from my lists.  It proved very interesting, in many different ways. 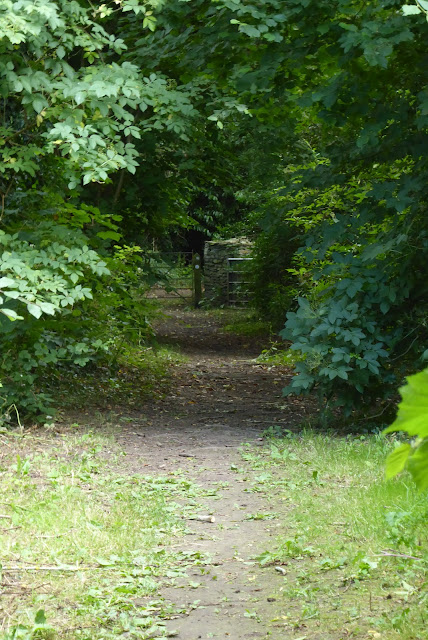 This was the approach to the church of St Mary at Monnington-on-Wye, Herefordshire - over 1/4 mile along a pathway.  The folk at the Manor of course merely opened a gate in their garden boundary! 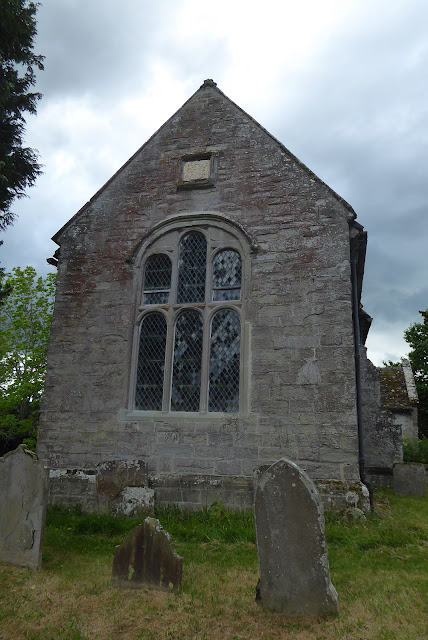 High up on the church wall is the armorial crest of I believe Uvedal Tomkyns, who married Mary Capell.  Their grave slabs are inside the church. Uvedal derives from the Lancashire surname "Udal".
Outside the church is a stone slab which was apparently the last resting place of Owain Glyndwr - a belief which has existed since at least 1679.  However,  there was confusion over the Monnington name and it is believed he rests at Monnington Straddel. 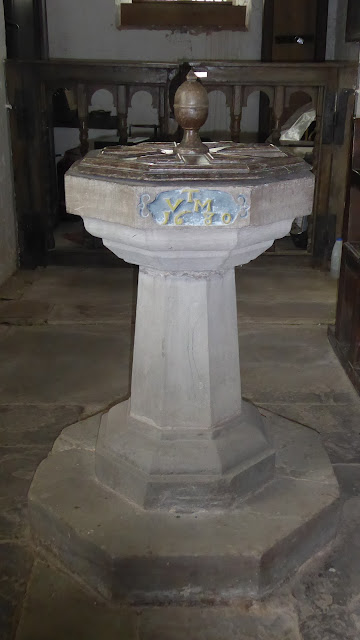 The font dates from 1680, and is date marked with the initials T/VM.  (Uvedal and Mary Tomkyns ).  Only the 15th C tower remains from the earlier church on this site. 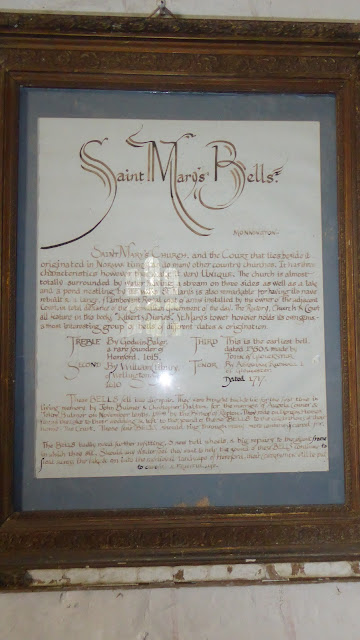 Notes about the bells - I hope you can click on the photo and enlarge it. 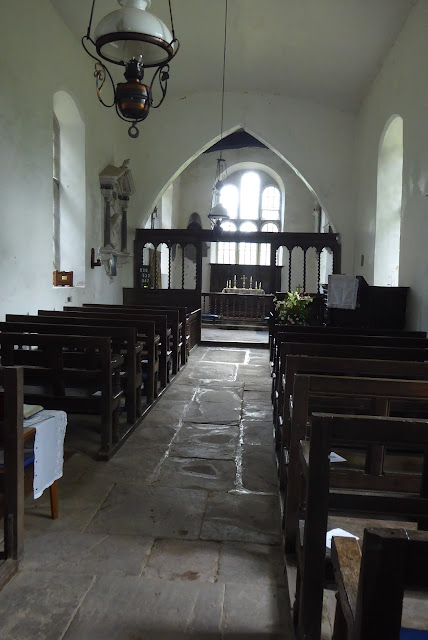 A plain church, with no electricity, just oil lighting , but goodness, it has a history on all sorts of levels, from the people who lived in the Manor house, to the farmers and farm workers and connections to the Rev. Francis Kilvert as his sister Thersie was married to the Vicar here (William Smith).  It was completely refitted in 1679. 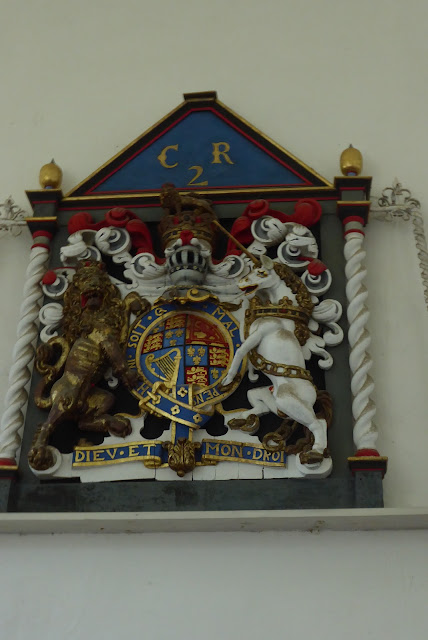 The Royal Coat of Arms of Charles II, showing which side the Lord of the Manor was on during the Civil War. Good for him (from a fellow Royalist). 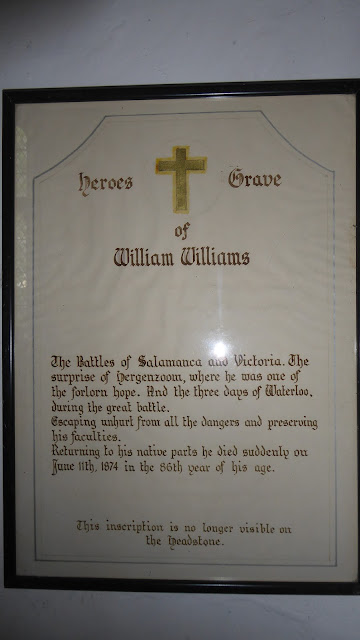 I was incredibly impressed by this written memorial to their local hero, William Williams, one of the "forlorn hope" at Salamanca, whose gravestone inscription had sadly been worn away by the weather.  I could see where the Williams plot was outside, and a couple of remaining gravestones, but he is forever remembered inside the church.  What tales he must have been able to tell.  I do wonder if Kilvert spoke to him (as he did "the old soldier" in Clyro). 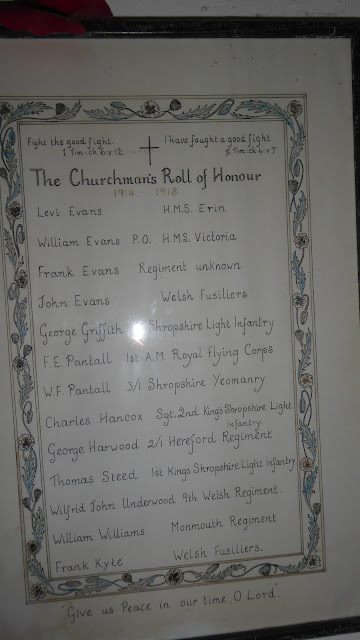 The Roll of Honour - for a small hamlet and area, they gave of their best it would seem. 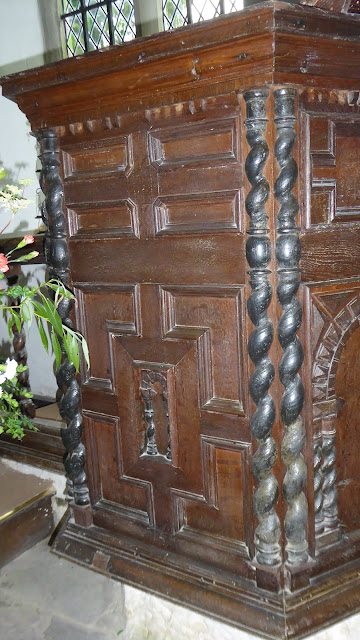 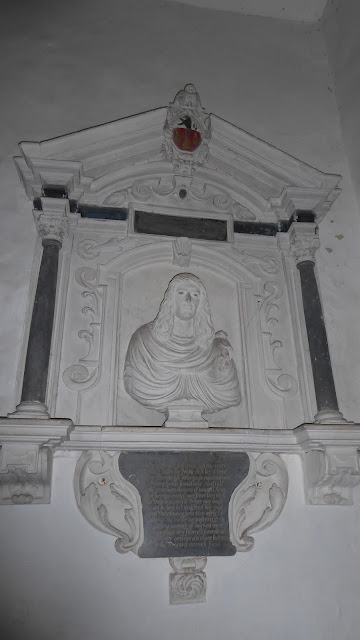 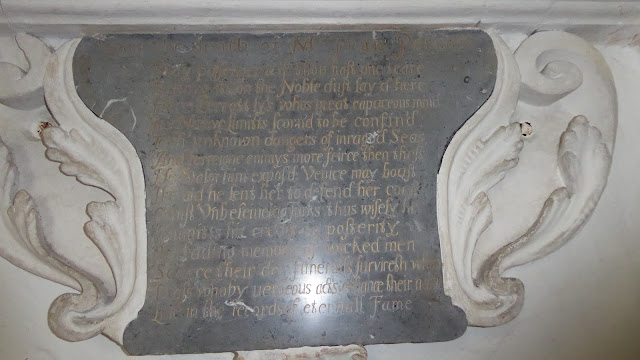 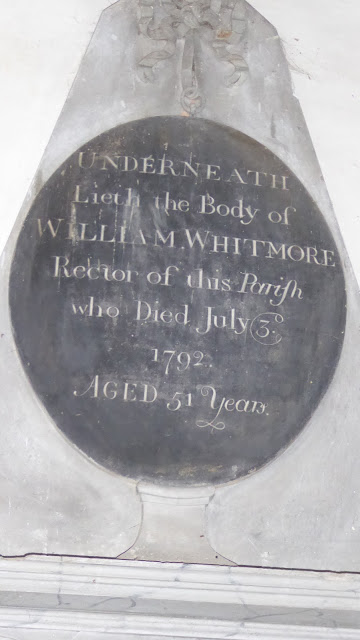 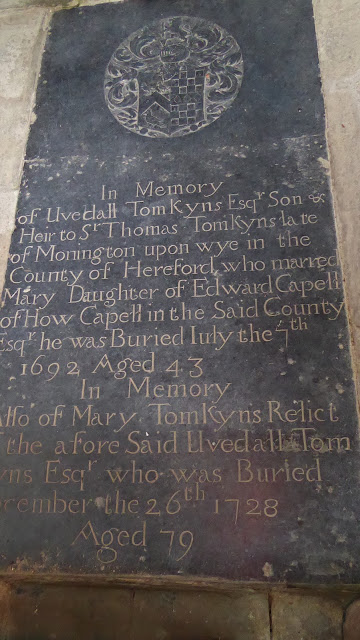 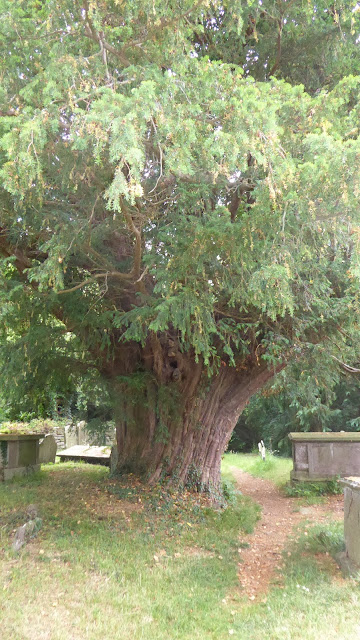 One of the old Yew trees in the churchyard. 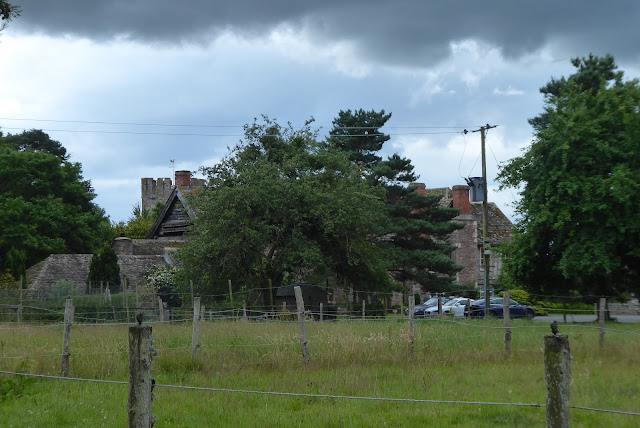 A glimpse of the ancient Manor House (Monnington Court), which includes a Moot Hall completed in 1230 (and rare to find such a thing still intact).  Monnington Court was built in two sections, one in the 1400s and the other in the 1600s.
All the land hereabouts is apple orchards belonging to Bulmers.