The floodplain of the Towy at Llandeilo. 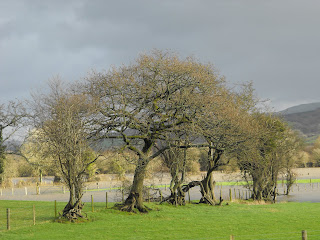 A River of Stones:

Contorted Hawthorns queue to dip their toes
In the Towy's murky waters
As islands of green float by. 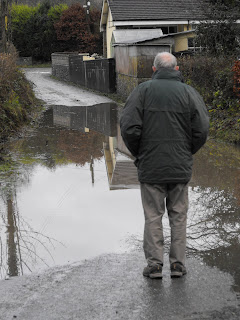 I was aware of gale in the night, but this house was built in the lee of a hill, and protected by tall trees, so spared the worst. I didn't hear the rain at all, but it must have deluged down as this morning the river was still very high and there were all the signs that it had been higher still. For starters, the lane was still under water when we drove down the hill and we had to reverse all the way back up again and go out over the top. 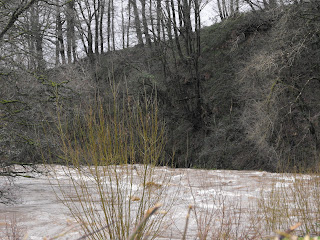 I ventured out later with my camera, and took some more photos. Above shows the river quadrupal its usual width, though it has been even worse in other years. 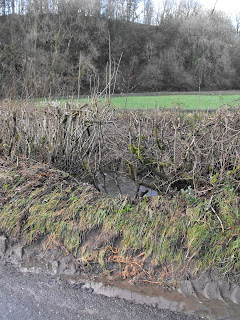 The stream took the short cut here, and went straight across the lane. 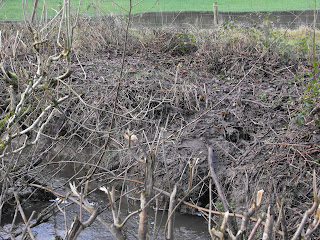 This one shows how the stream bank was trashed so the water level must have been a good couple of feet higher. 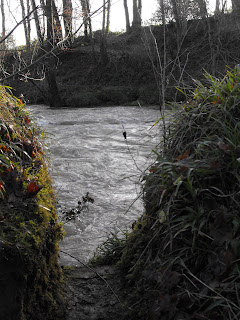 The river had been through this gap, but it also comes up through the drains. 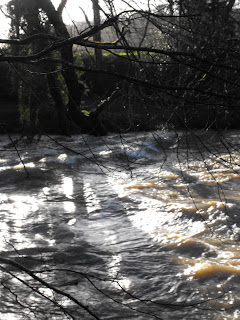 This is fairly normal, the river rising and dropping several feet in a few hours. 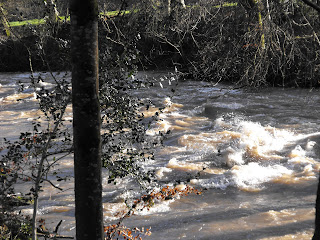 Below is the leafage left behind by the river being on the road. 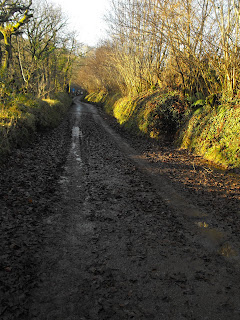 I also took photos when we were in Llandeilo, where the Towy had burst its banks just below the town. I'll post those tomorrow.
Posted by Bovey Belle at 11:24