A stroll round Ludlow Antiques Market 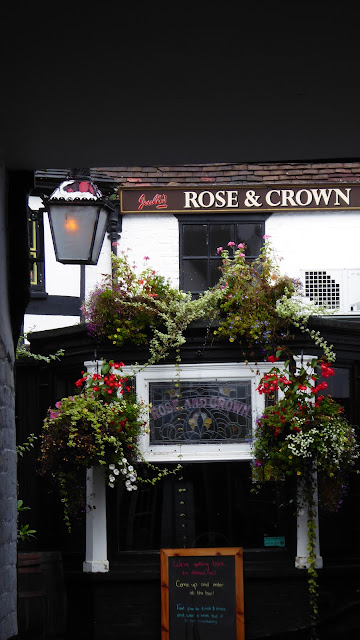 We heard that there was an Antiques Market in the marketplace in Ludlow a couple of times every month, so we thought we would check it out.  I thought I had the mastery of the sat-nav element on my phone, but it would appear not, so we had to wing it, and found that the nearest car park was just yards off the market square.  Above is the ancient pub (I think it's been trading constantly since 1300) where we went for a birthday meal once.  Such events take more planning now. 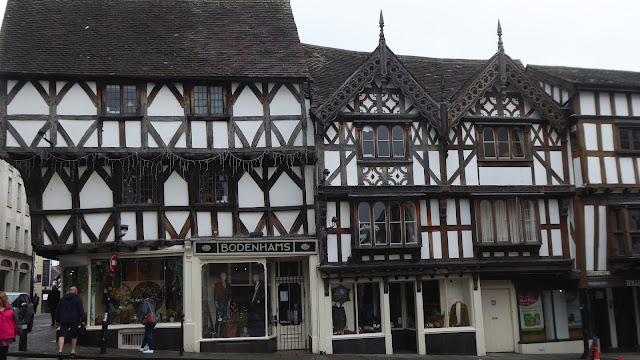 Apologies for the sparseness of the photos of the beautiful architecture in Ludlow.  There will be more another time. 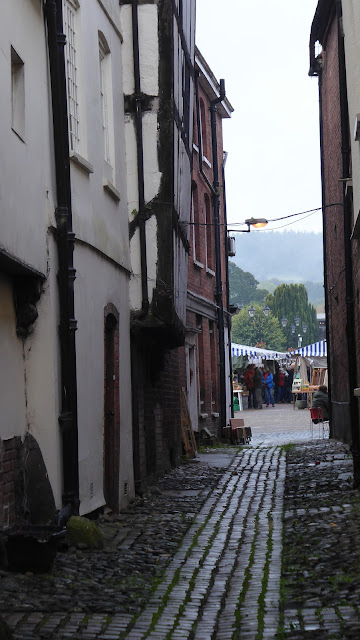 Down a little alleyway, you  can glimpse the market. 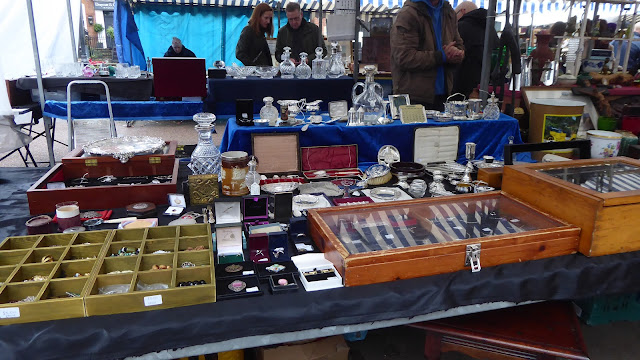 Just one of the stalls.  This one having mostly jewellery. 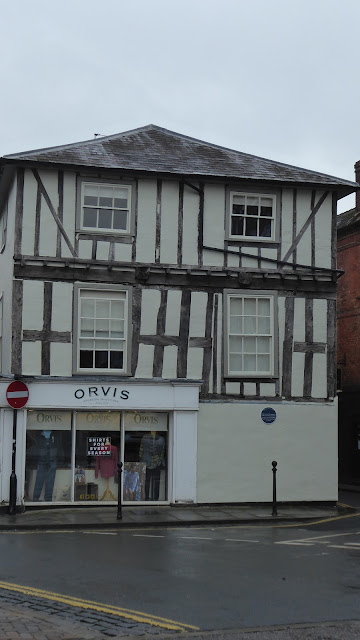 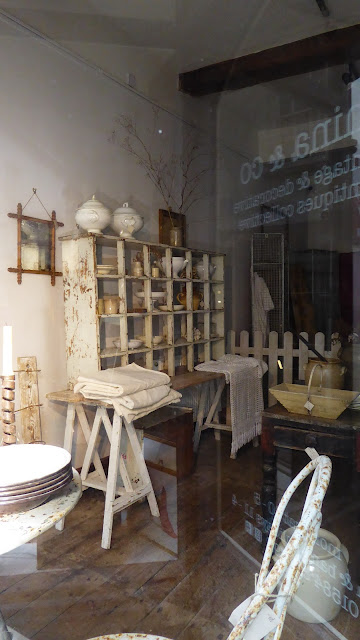 Apparently this shop has everything "on trend".  Must concentrate on rusty things a la Drew Pritchard.  I can see where I have gone wrong down the years!! 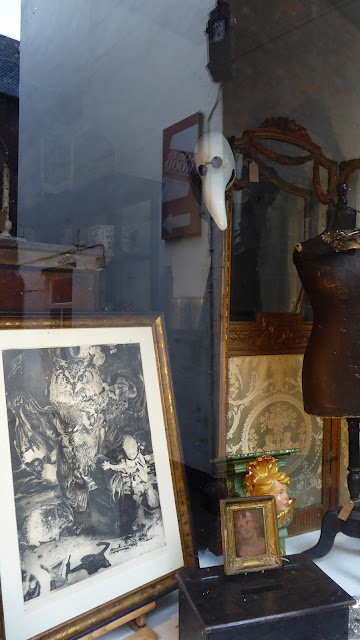 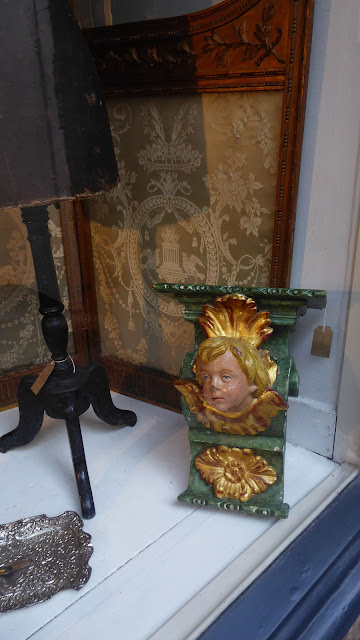 I managed some gardening when I got back.  It took me ages (and an aching back) to get the two pond covers joined together (ours is a big pond under a VERY big beech tree,) but 'tis done now.  I put a few more bulbs in - I had been soaking some Anemone corms so those are now in pots in the yard.  I thought I would plant the spare well-grown Anemone "Rose Shades" I had in a pot, up in the big hole in the Bank where I had dug out the poisonous-to-cats Lilies.  I thought to dig a little deeper and then found even more roots and corms so had to take a mattock to them, and I'll need to go deeper yet.  Perhaps not today though as I am aching too much from yesterday's bending.

I finished Dark Tides yesterday, so today I will chose a new book from my pile and share it with you tomorrow.