Out for a Jaunt

Kington, where we stopped on the way home so Tam could have a look round.  There were several properties in and around Kington that were possibles when we were house-hunting.  It seems very quiet there though (makes Builth look quite bustling by comparison, but then we are at a x-roads in Builth, and all the through traffic goes up the middle of the town. 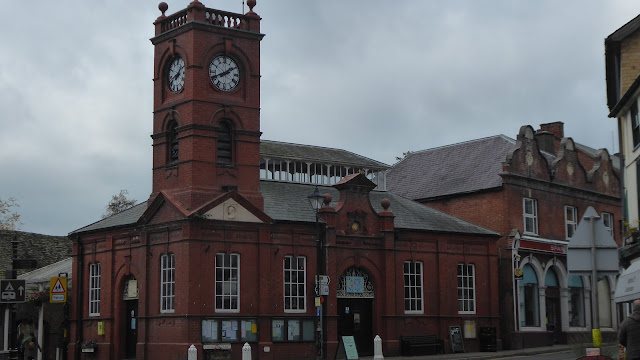 At Malvern last weekend we'd picked up a flyer for an Antiques Fair near Leominster today and tomorrow, so we went along to have a Day Out. Tam came too.  It wasn't a huge Fair, but there were some lovely stands there and more upmarket than Malvern Flea, so it made a nice change.  Interesting to see what is trending too and noticing what the Interior  Designers were honing in on. I noticed a battered old bowl which had taken my eye at Malvern when I staggered past with the Le Creuset casserole (and gone by the time I passed on my way back).  So I had been right to hone in on that and had I had any money on me at the time, I would have asked the price.  That'll teach me to give my money to Keith to look after! 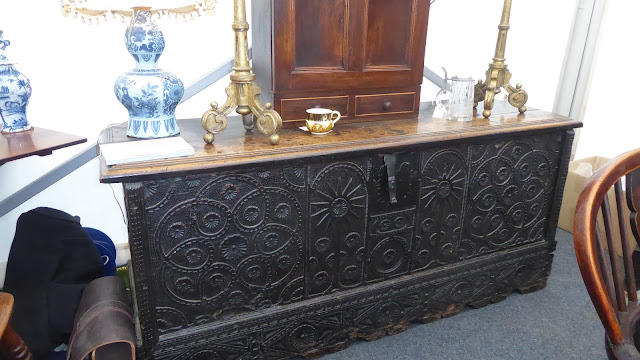 This coffer was probably Spanish, and very decorative.  We have no room (and no spare money for it) so we weren't tempted.
There were plenty of Windsor Chairs too - some better than others - but this is our specialist starter for 10 and so we are very fussy!  Some of the prices were a little eye-watering too. 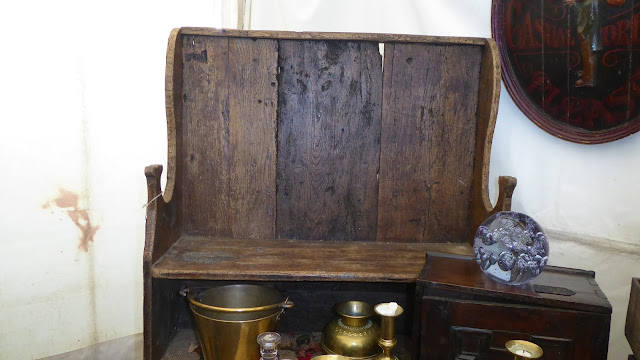 This was a small settle for children - never seen one quite like it before.  To the right, beneath the glass paperweight, was a lovely little William III oak box with drawers inside.  Lovely but a heck of a price.  Wish I'd taken a photo of that too. 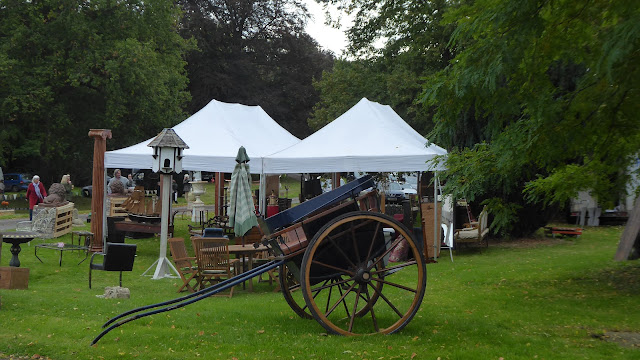 A smart Governess cart on the grass outside, and some rather splendid Ionic columns in the background, along with some cupboards and chests of drawers, not quite in sight here. 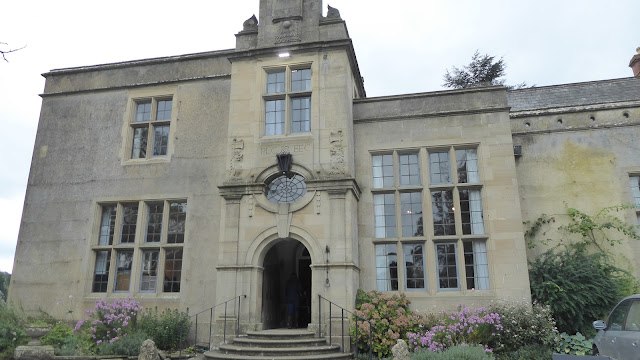 There were a few more stalls inside the house too, so we had a walk round before heading back towards home.  It made a nice change from the more run of the mill things on offer at Fleamarkets in general. 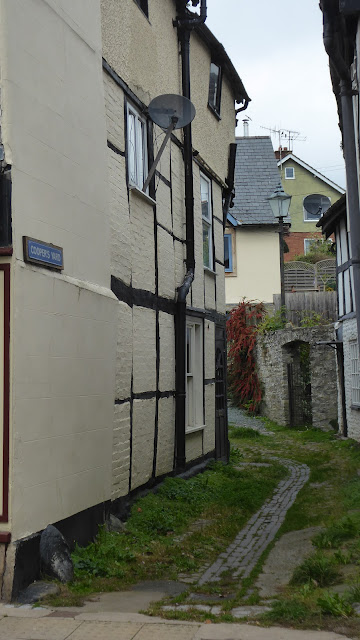 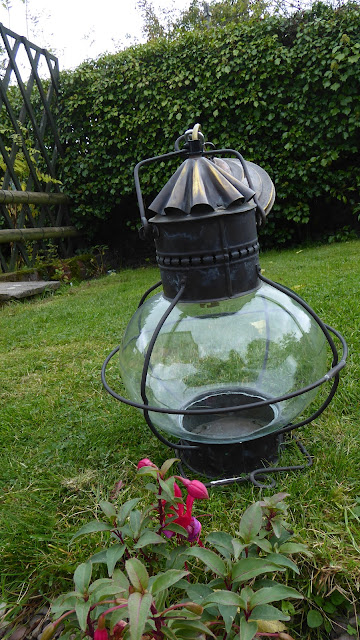 This is the ship's lamp we couldn't use here.  We have a couple more like this too - one has red glass (being used for the port side of a ship).

Well, we have discovered another Antiques Fair on next weekend, not too far afield, so we may check that one out too.

Meanwhile, have a good weekend.  I hope to finish my book (Dark Tide) - it's really good, and I recommend it (and anything else Philippa Gregory has written).