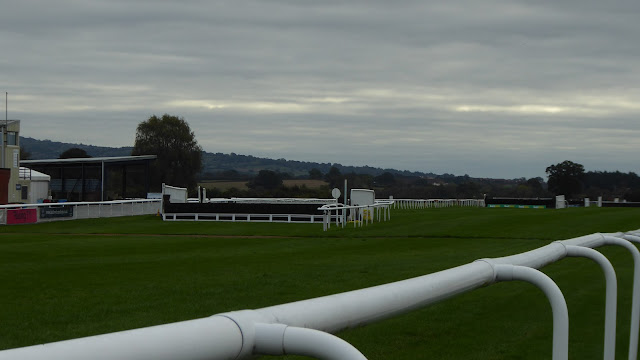 Last Saturday Keith and I drove a lovely x-country route up to Ludlow (via Knighton, if that means anything to you!) to go to an Antiques Fair there, on the Racecourse. Well, not on the actual grass - in the buildings there.  There were a few familiar faces, and some nice things offered, but it was a bit heavy on jewellery, ceramics and silver.  We are furniture folk at heart and were a bit disappointed on that count. We slowly went around the stalls (there weren't that many) before heading for home - by a different route as I wasn't paying attention and missed the turning for the route we'd come in on.

Below - the only photograph I took, which is a pretty quilt made from printed Indian fabrics. 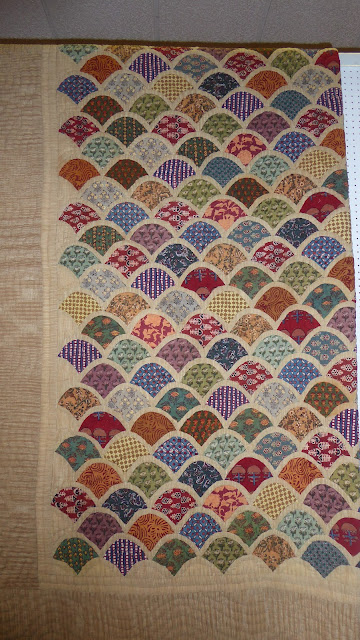 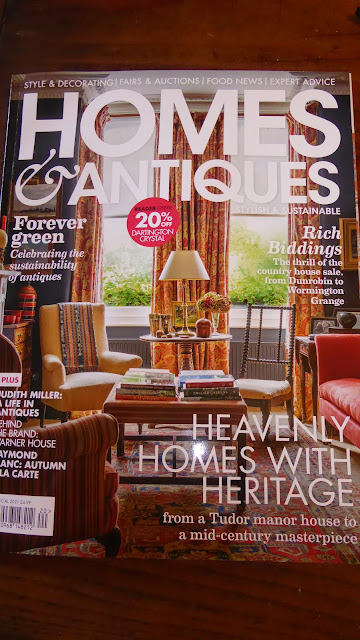 Above, my monthly treat, and below, current Downstairs Reading. 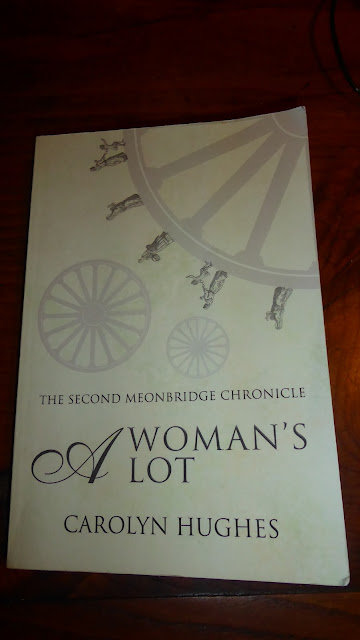 Apologies for being short on words these days.  Life has a lot to answer for.  We are currently hunkered down as Covid cases have really spiked in our little town (we had heard it was rife in the schools) and it doesn't take many to make it look Very Scary Indeed as this is a small community.  Entire families stand the risk of catching it when a child is infected.  I was careful when I went shopping yesterday to stand in the queue to pay each time behind an Elderly Person, rather than young enough to have school-going children.  Although we've had our booster jabs, I am still wary though I try not to count days after we have been to a Fair.  We always wear masks and walk through without stopping more than a minute or so to look at a particular stand.

It's harder when we have tradesmen in the house, but I have to insist that masks be worn, to be on the safe side.  Keith and Tam are more complacent, and both think I am being a bit of a worry-wort, but I don't think you can be too careful in your home.  The Plumber will be coming soon (I hope - it should be next week) and will be here for a week and I shall have windows open and insist on masks - it will be him, his apprentice and then the chap to do the tiling.

I am feeling very down as Keith's health isn't improving now he has been off the steroids for a few months.  We can no longer lay his symptoms at the door of the steroids.  His walking is not good, his balance is worse, and whilst we have his brain scan brought forward, the results may be even more worrying.  He went to the Falls Clinic recently but they said they couldn't really help him as his balance is so bad - so now he's been referred to Physio.  We just want a diagnosis and hopefully treatment. The future doesn't look very bright at the moment.

We will have to deal with it as it unrolls, but I can't plan anything really - we had hoped for a holiday once we had moved, but Covid has put this plan on hold, and the longer we go on, the less mobile Keith becomes. We've not been away for longer than two nights in over twenty years.  I've looked into getting a Blue Badge, as he struggles getting in and out of the car and walking is an effort but apparently that isn't enough to qualify.  You have to be terminally ill, or have a broken leg or both arms not functioning (to put money in a meter).

I am really struggling to try and be positive right now, so if I just put up photos, and few words, you will know why.  I don't normally like to post about personal problems but I need to offload.  Apologies.