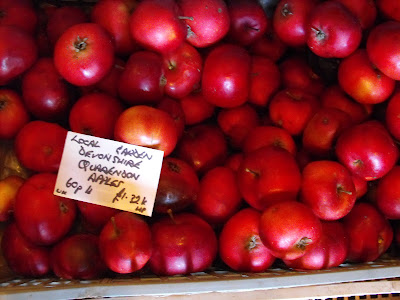 A strange old week, for happenings and weather.  Steady rain throughout the day on a couple of days, then an afternoon clear enough to get a walk in.  I have been challenging my lungs with some steep hills.  Normally I would try and avoid the steepest as they are such a struggle, but I need to try and restore myself to pre-illness fitness, and especially so as I had a letter from the Hospital yesterday telling me that I have an appointment the 2nd week in October to present myself for respiratory tests which have to be undertaken WITHOUT having taken any of my asthma medication.  THAT is going to be a challenge and a half, especially as the Nurse I saw mentioned it can be quite distressing.  Not nice to have that to look forward to, but if it means they can say exactly how good/bad my lungs are and perhaps change my medication for something more helpful, then it will be worth it.  (I might add the 2nd half of the respiratory tests are done after medication/large dose of Ventolin).

Anyway, I took myself off the loooooooooooong steep hill towards Brechfa yesterday and although I was puffing like a grampus, I managed it, though it is half an hour's walking uphill all the way before you reach a flat spot.  I had to stop at intervals, but that was to be expected.  Earlier in the week I had walked to a neighbour's house - that had the first part of this same hill on the outward journey and a much steeper hill on the way back, and I managed the latter with just one stop.

Earlier in the week I had to take my husband to A&E as he had damaged his wrist splitting logs (the splitter had hit the log just on the handle and the shock-waves twisted the wrist).  Anyway, after complaining about it aching for a couple of days, a lump suddenly appeared and the pain got worse, so we thought an X-ray might be in order.  It turns out it is just a sprain so he has to rest it (not an easy thing for my husband, who is active and it itching to get all our firewood split for winter.)

We have wandered round the antique shops and charity shops, sorted out our Antiques Fair/Fleamarket goodies (praying for dry weather on Sunday but it's not looking good) .

I keep saying I must get all the apples picked.  It is no good expecting them to get any larger and I am fed up with feeding the Jackdaws and Magpies.  I have taken what windfalls I can and cooked them up, being very frugal and using even the smallest ones in Wartime fashion.  Speaking of which, I am thoroughly enjoying the Wartime Farm programmes, despite them using what are obviously cull cows (due to their udder problems - the Jersey cow's udder was nearly on the round when she walked, so no wonder she had torn half the teat off.  One of the other cows has a mis-shaped udder too.)

A neighbour has Soapwort growing near their home, but not enough to repeat Ruth's hair washing experiment!  I guess it was needs must in those days, though as she said she has some unusual knowledge which many folk wouldn't have had in those days.
Posted by Bovey Belle at 00:52