A day out at Croft Castle 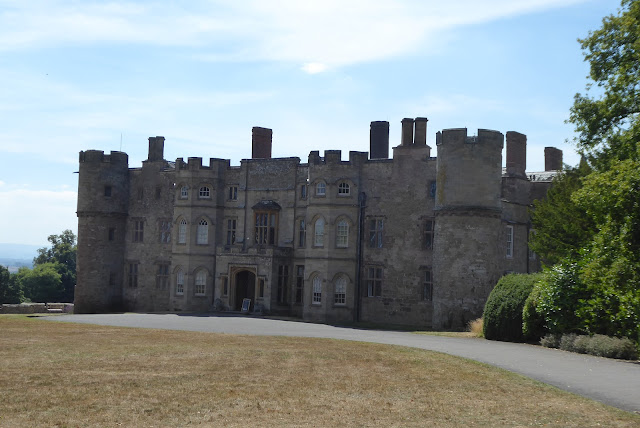 It was HOT for our visit to Croft Castle.  Because of this we didn't do much more than walk from the car to the house, then to the church and then to get cold drinks from their cafe.  I was checking it for wheelchair access, but tbh, you could only see the downstairs and upstairs wasn't really worth seeing, mainly being a gallery of images of various works done at Hafod, their estate near Aberystwyth. "Peacocks in Paradise" is a book all about this venture.  As a result of Thomas Johne's profligate spending at Hafod - making the grounds look Romantic - and indeed remodelling Croft Castle in the Gothic-Rococo style - the estate once again had to be sold in 1799 to ward off bankcruptcy.   However, the Croft family suffered greatly with their investments in the South Sea Bubble and had had to sell the estate earlier than century (1746) to a Richard Knight to cover their losses.  Thomas Johnes was related by "marrying in".  There had been a building on the site here since 1085 and the Croft family were closely aligned with their neighbours the Mortimers. Indeed, the battle of Mortimer's Cross in 1461 took place on land belonging to the Crofts.  The family managed to buy the house back and it passed to the National Trust in 1957, and so avoided the fate (demolition) of many other big houses across the country (18+ in Herefordshire alone). 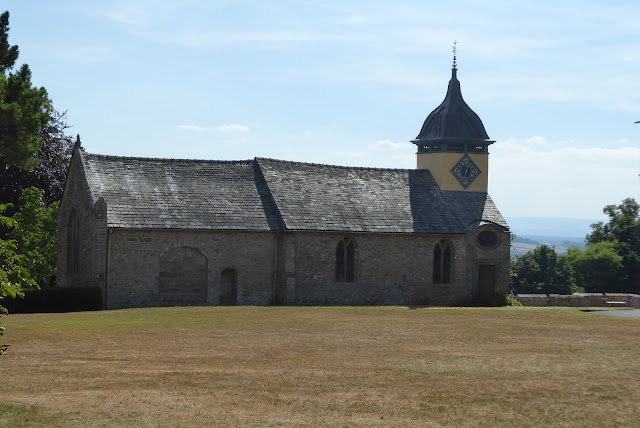 The church was beautiful inside and out. 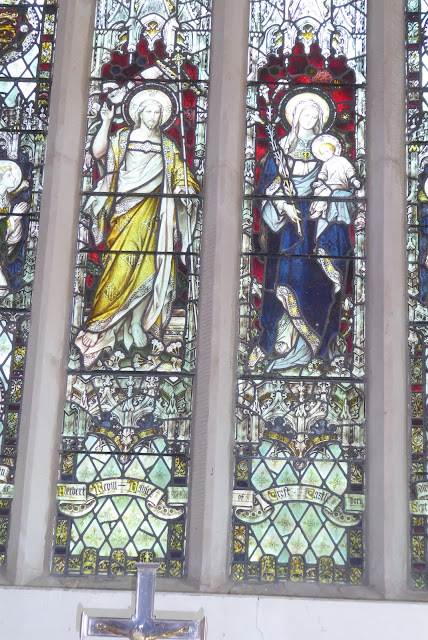 The superb tomb of Sir Richard and lady Eleanor Croft,  dating from his death in 1509.  Lady  Eleanor was the widow of Sir Hugh Mortimer, uncle of the Duke of York, and was responsible for running the household for the Princes in the Tower, when they were held at Ludlow Castle.  I bet she could tell some tales . . .  Sir Richard was the Treasurer of the Household for King Henry VII. They both died in the same year. 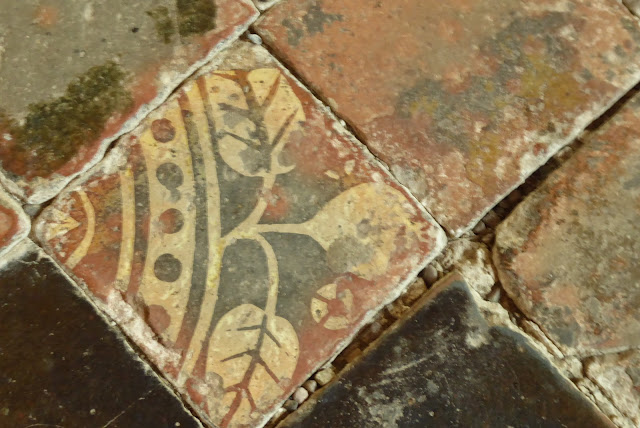 Medieval floor tiles which were made at Malvern. 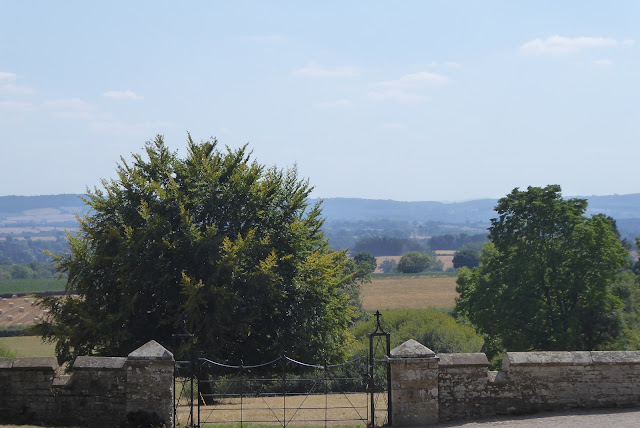 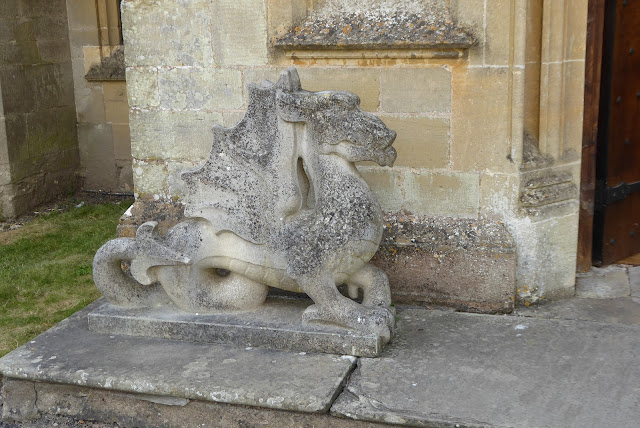 A stone Wyvern guards the doorway. 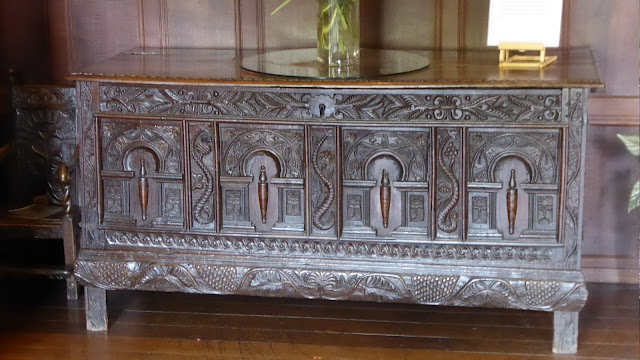 What a stunning coffer - that carving is so crisp.  Beautiful. 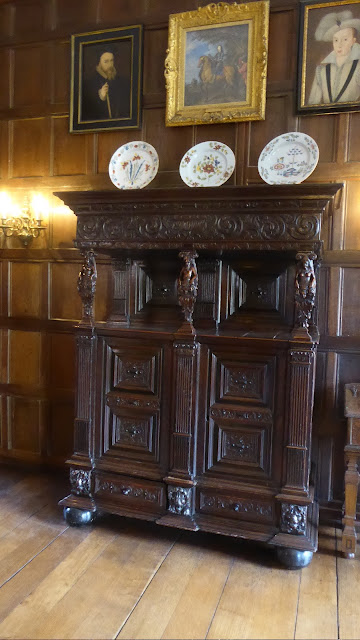 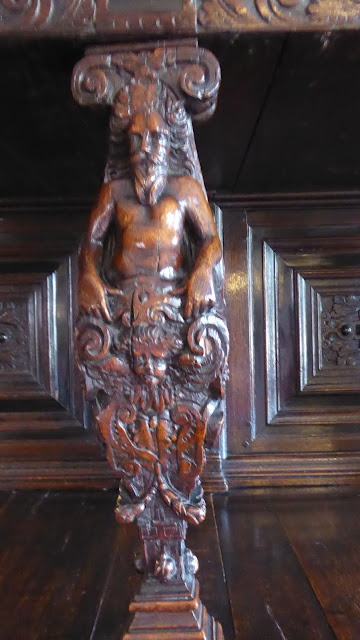 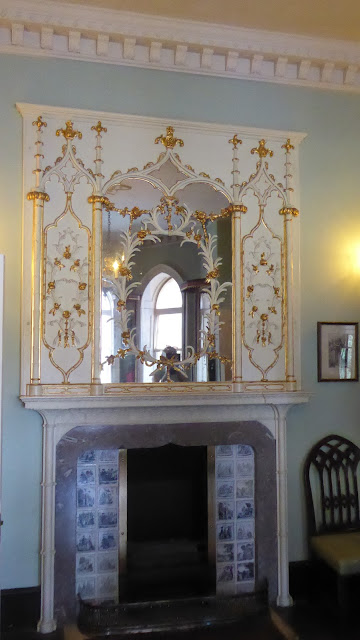 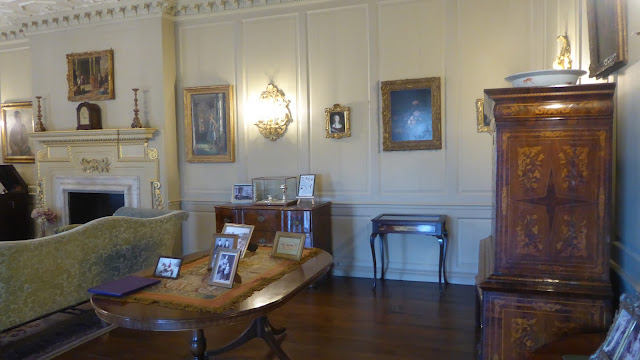 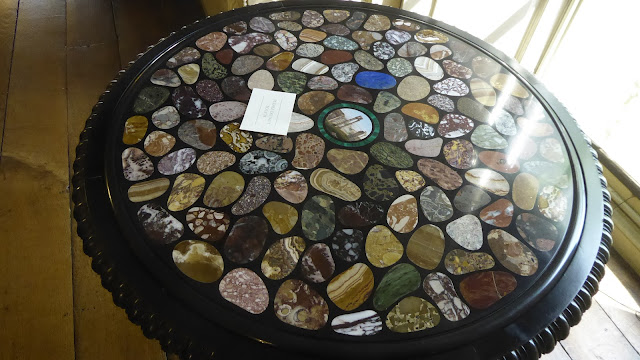 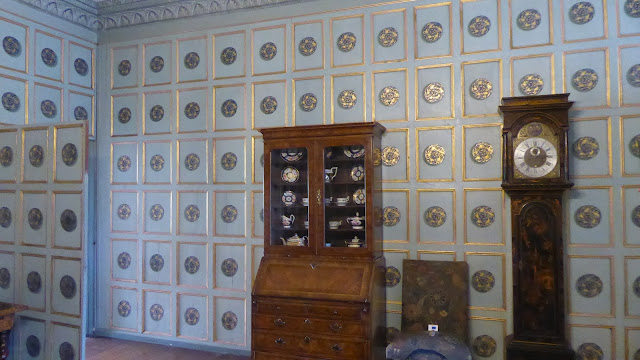 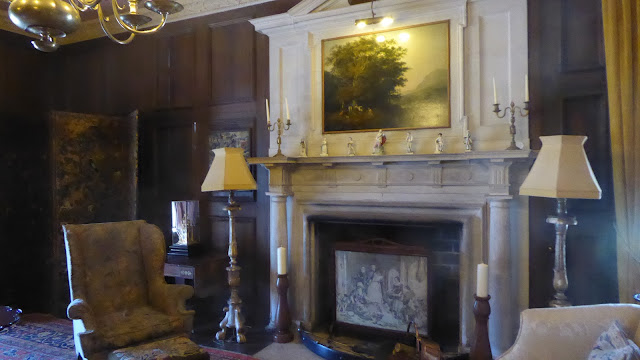 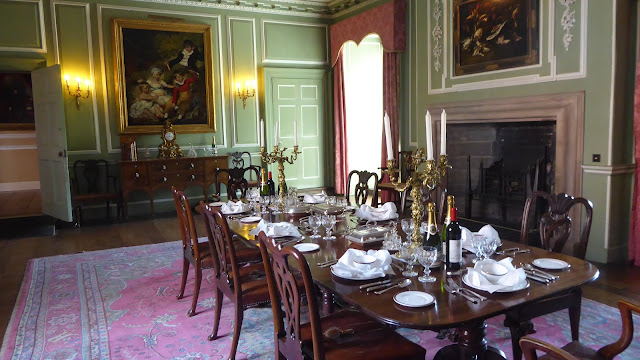 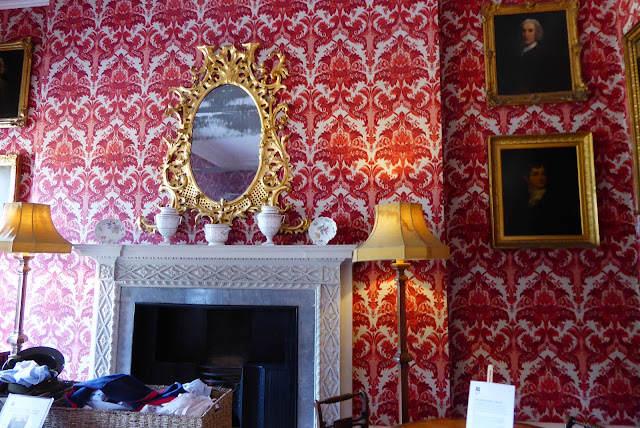 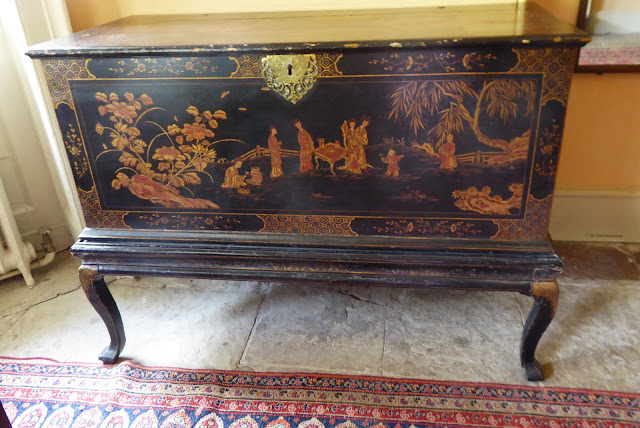 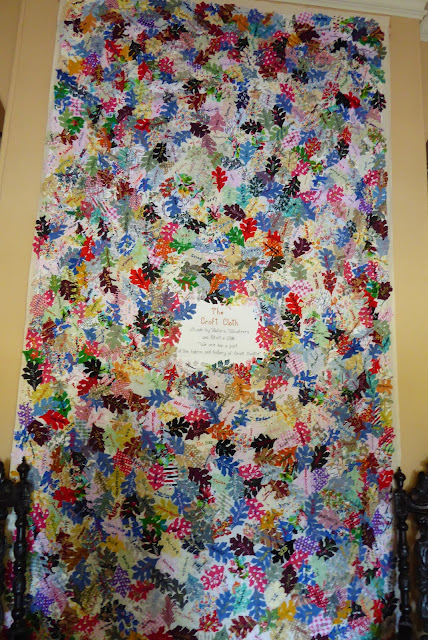 A lot of stitching went into the creation of this wonderful hanging. 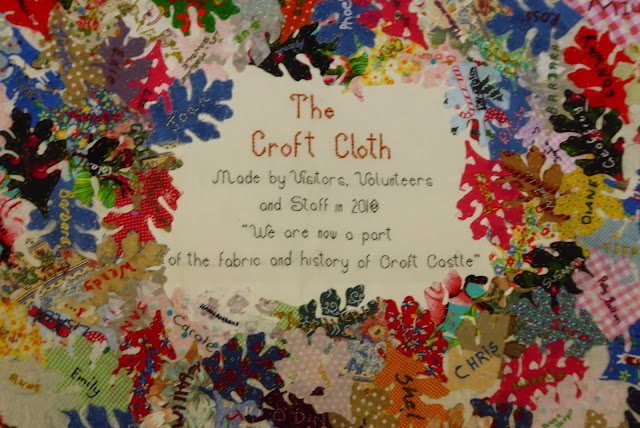 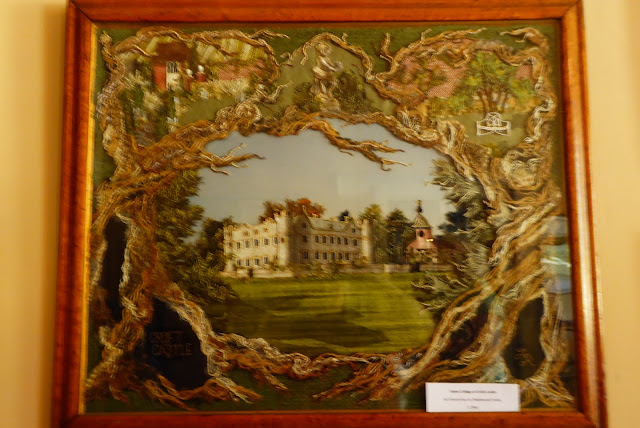 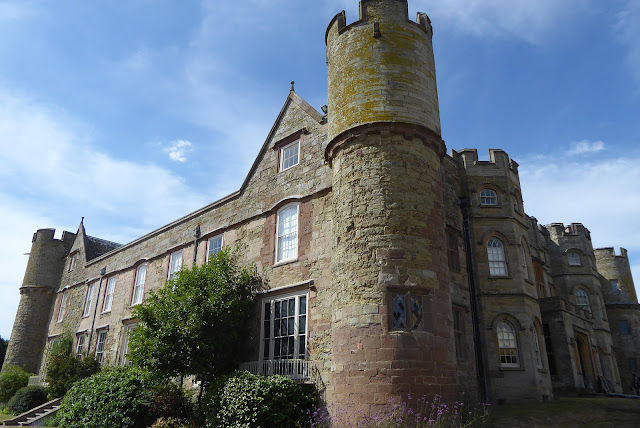 I believe that Croft Castle has free access one day in September under the Heritage Open Days scheme. Several interesting properties listed and we hope to go to a couple - Brockhampton and perhaps Berrington Hall.
A rainy morning here - of course, as it is bin day and I have to take the recycling up the lane!  Some stitching on a quilt is scheduled for later, when the Physio has been and gone.
Posted by Bovey Belle at 01:44