A walk around Presteigne 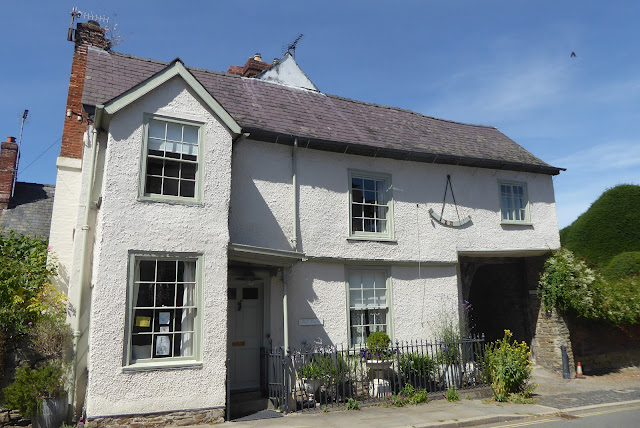 We had a leisurely stroll around Presteigne, which has lots of lovely period houses.  Like the  sun dial on the front of this one.  It went quite a long way back too, with the back part half-timbered.  I think this might be Well House, which has a well in the cellar. 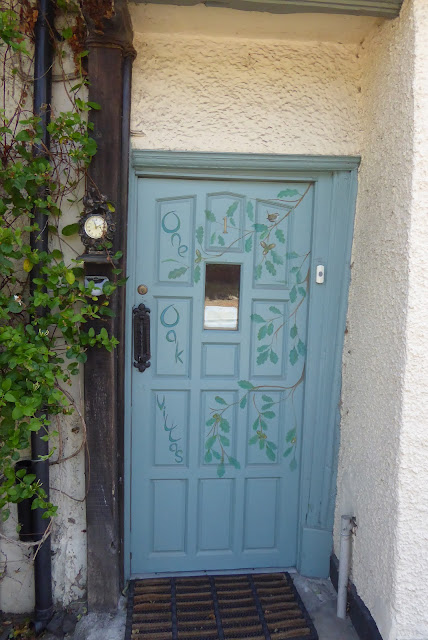 I just had to have a photo of this pretty painted front door.  I could do the same to ours, only with Holly (from the name of the house). 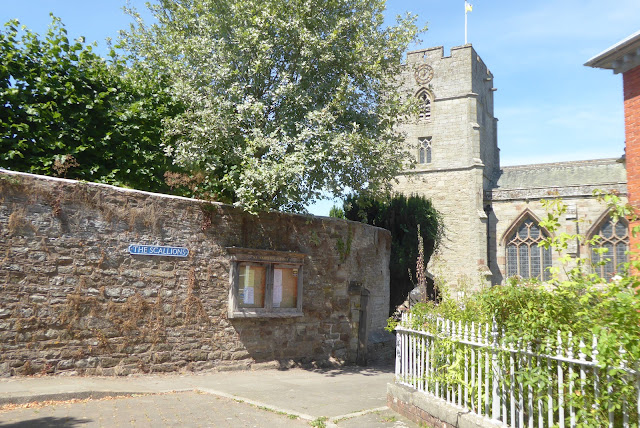 The Scallions - a sign which is thought to date back to a Norse word - skallwega, meaning "the way of the skull". 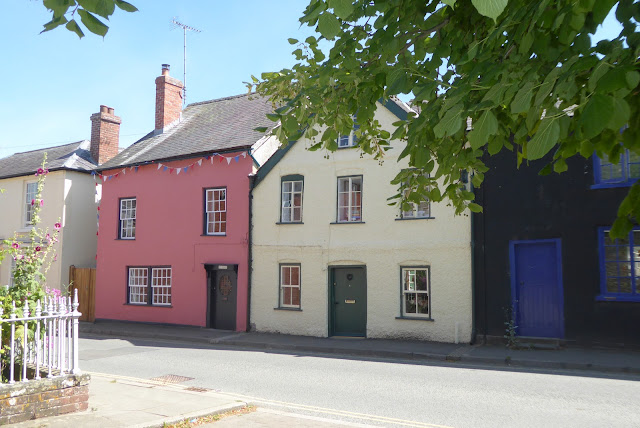 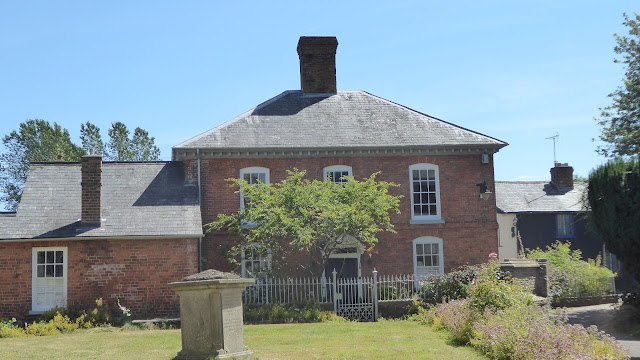 I'm not sure if this is the Rectory, but it leads straight into the Churchyard, so handy for services. 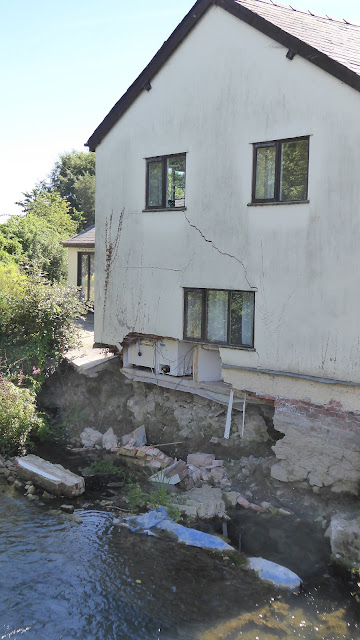 Above and below:  living with the River Lugg on one side of you clearly has its drawbacks.  The garden used to extend several feet beyond the end wall too (Tam found an earlier photo of it).  The entire end of this house is unlivable in.  There was a huge crack up the end wall too.  I think this end house is the former Old Bridge Inn, then there is Tan House and Old Laundry. 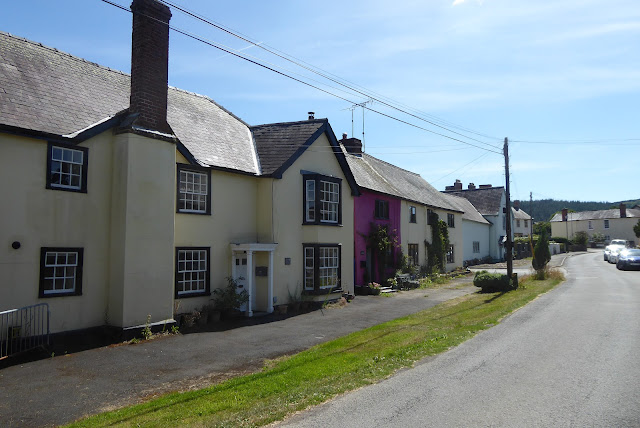 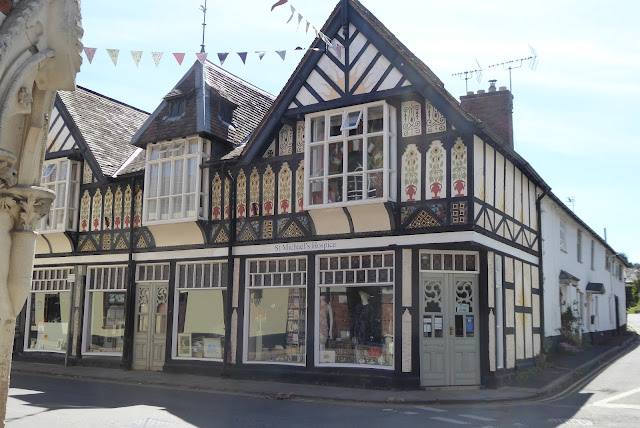 The Radnor Buildings show a lovely Arts & Crafts decoration on the walls of clearly one of the older properties in the town. 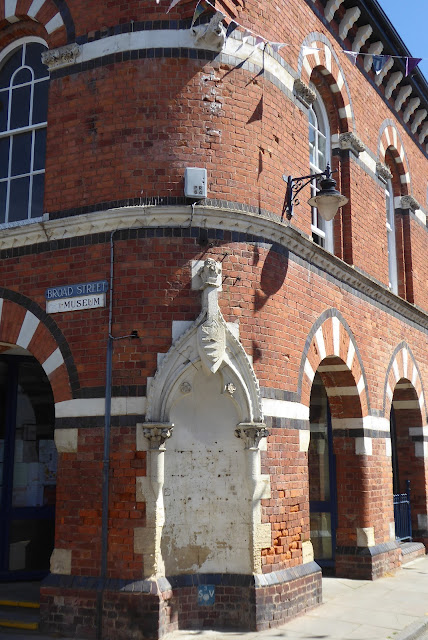 An unusual embellishment on a building - not sure what used to stand in the alcove. 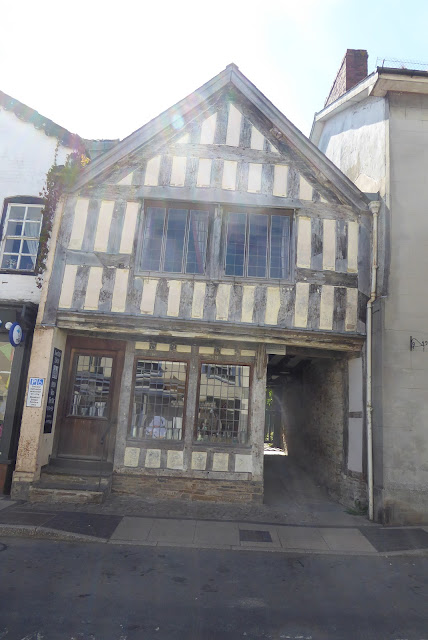 Above and below: Another very old jettied house in the town, with (below) a supposed Green Man.  Looking at his cap and he looks to be blowing something - or sticking his tongue out! - rather than spewing leaves as normal, I would say not a Green Man. 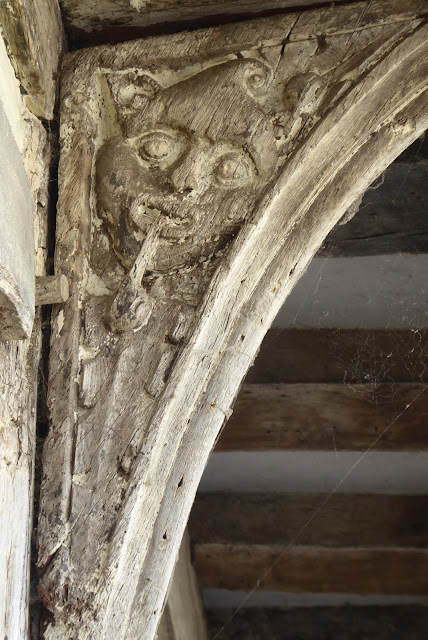 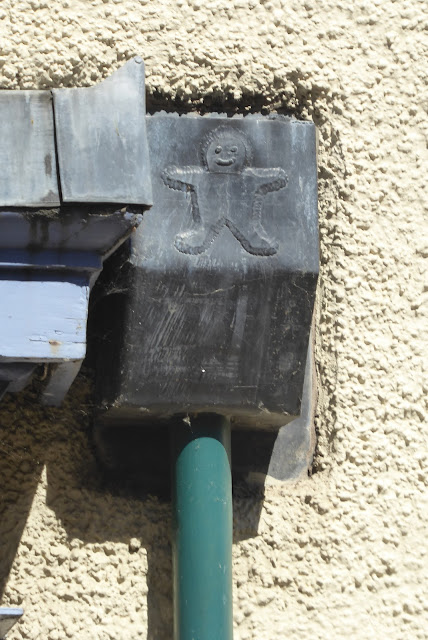 And opposite, a jolly Gingerbread Man on the top of a downpipe. 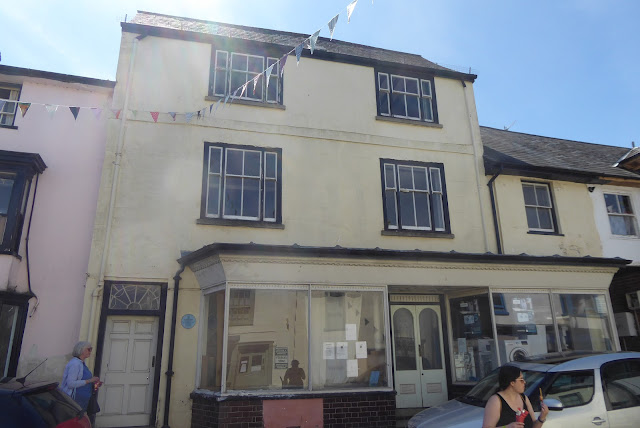 Above and below, the oldest property in the town, although it has had different facades attached down the centuries. Gay by the house and Tam crossing the road! 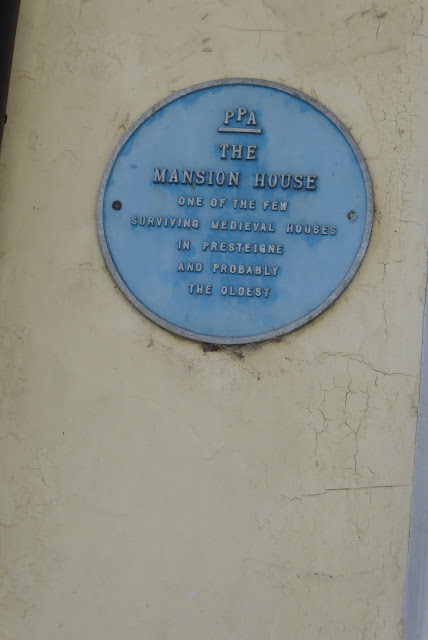 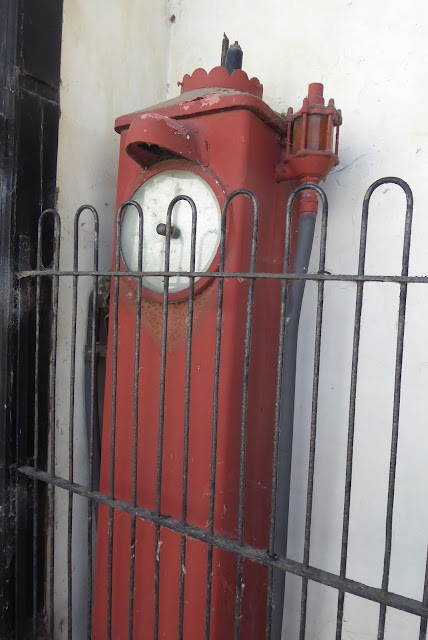 This old house used to be a petrol station back in the 30s and 40s.  A remaining original pump. 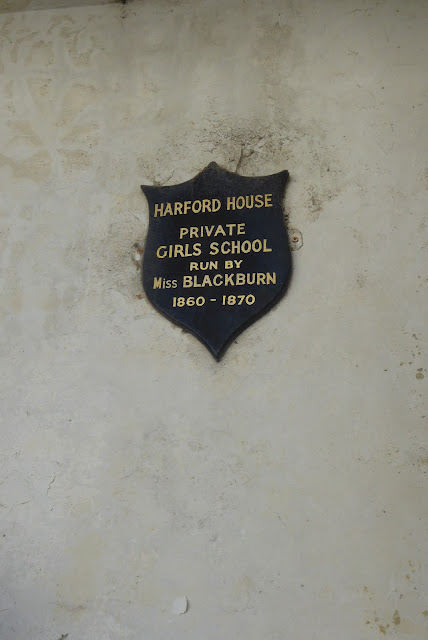 It was also a private girls school in an earlier incarnation.  I thought I had taken a photo, but apparently not. 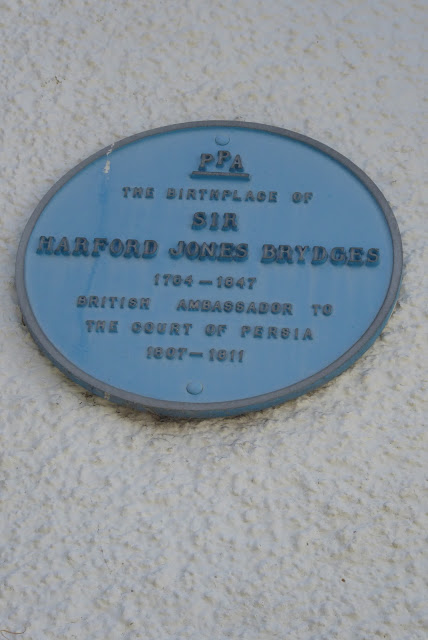 I also thought I'd taken a photo of this house - well, I KNOW I did but it didn't come up with all the others - sometimes the computer chooses to ignore one or two photos, and then I wiped the stash clean so it didn't take forever to load new ones. So, Sir Harford Jones Brydges was a Nabob by the sound of it.  Bet he noticed a big difference if he came back to Presteigne to live.  Worth looking at this LINK to read about him - he held a very important post at a crucial time in history, with Napoleon's expedition to Egypt.  He must have been quite a looker in his youth.