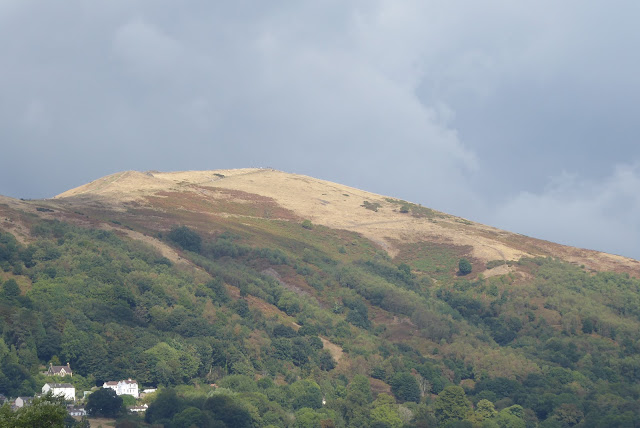 After several nights of VERY disturbed sleep - I woke  every hour and a half - I had another disturbed night AND was in a deep sleep when the alarm went off at 4.45 yesterday morning.  I really DID NOT want to get up, but it was Bank Holiday Monday at Malvern, and needs must.  Breakfast was a cup of tea and hot cross bun.  I had prepared my breakfast/lunch and Keith's lunch on Sunday evening, so I was ready at the end of the lane in my trusty car when Pam and her daughter arrived in theirs.  I had the offer of going with Pam in her car, but wasn't sure how long I was going to be wandering round, so we went separately. 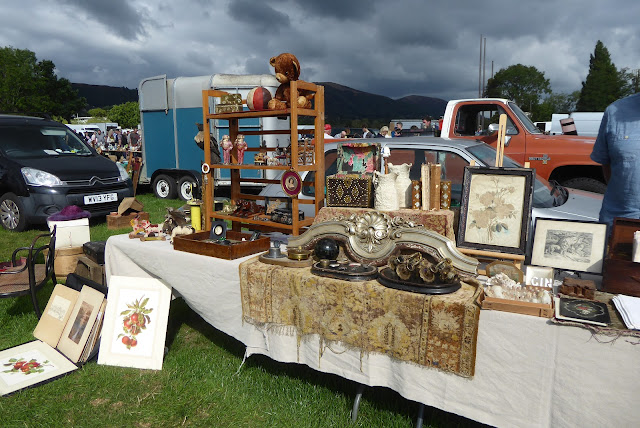 We had a lovely day at Malvern, and amongst the things that came home with me was a very unusual wooden stirrup with metal embellishment.  Probably Spanish and about 1850ish. 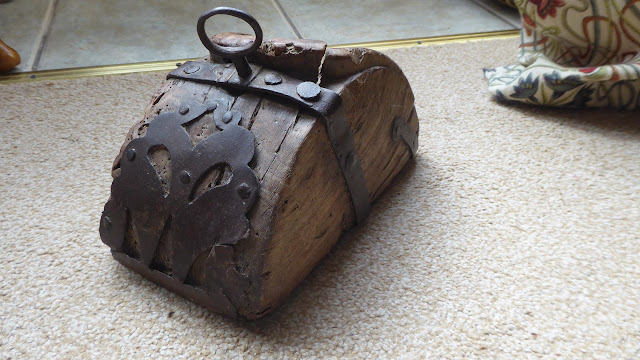 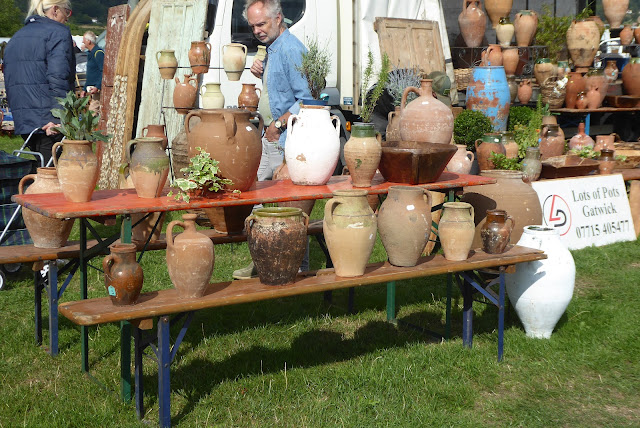 I bought a Turkish pot from this stand - he showed me the kilns where they fired them and we had a lovely chat.  They have chopping/dough boards of various dimensions - some still covered in dried dough where they had been offered on/purchased whilst still being used! 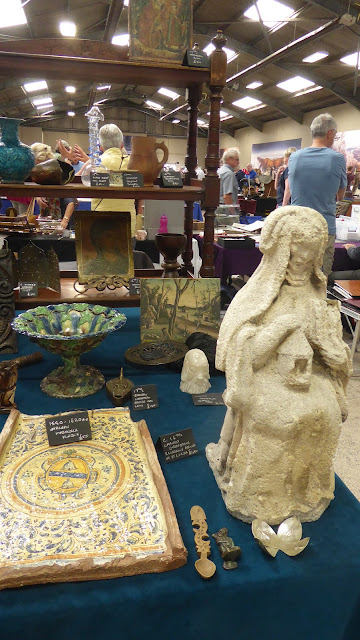 A few photos from our favourite stallholder this month. The face of the statue below looks like someone was sculpted without their teefs in! 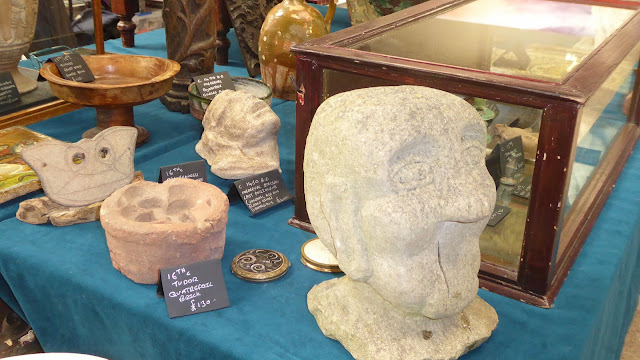 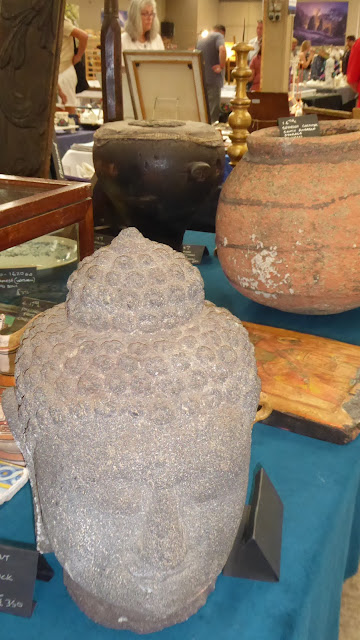 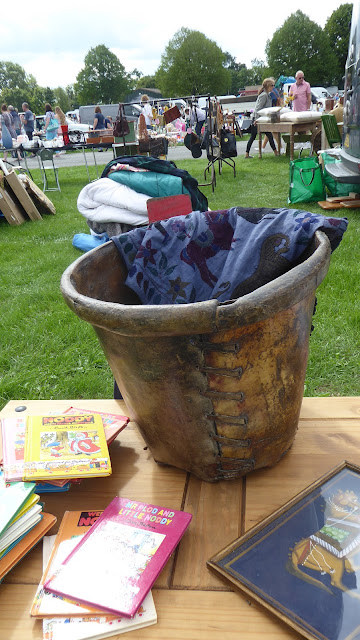 This unusual leather bucket originally had its working life in a Cotton Mill. 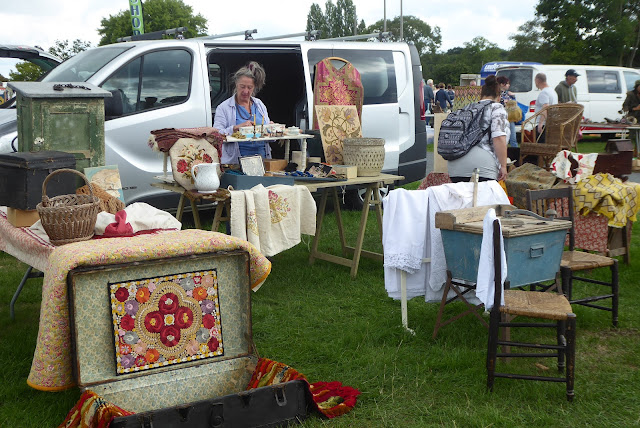 All sorts are on offer. Some stalls are more themed than others, and some completely random. 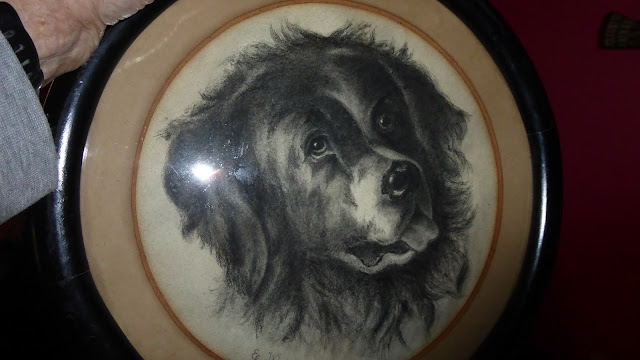 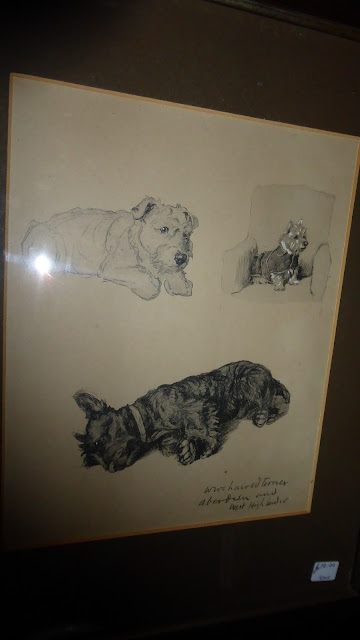 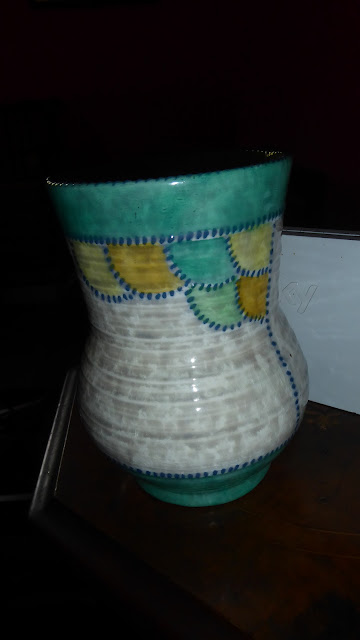 Keith and I have been doing PD posture exercises today, plus I have made up a couple of exercises of my own to help him with sideways movement/balance. The Physio, though a lovely lad, seems to be just going through the motions.  The posture exercises really seem to help and Keith can actually move sideways better as long as he is by the table to steady himself.

I am shattered though and not doing too much today. I have a good book which will see me through the afternoon, though K and I need to effect a repair on a small corner cupboard we got at the car boot sale.  It was very dead looking in the patina stakes, and a little rub down with 0000 grade wire wool had revealed a lovely red hue- it's made from Montgomery oak, which should help its chances, along with its size. 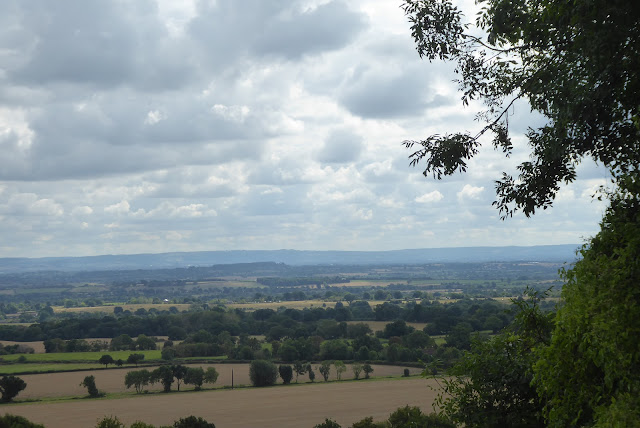 Here is a before photo of the little Corner Cupboard.  Keith and I have just been working on it and glued two slivers of wood where there is moulding missing. There's a wider bit missing on the other side which we'll do tomorrow, and also stain the replacement pine shelf inside. 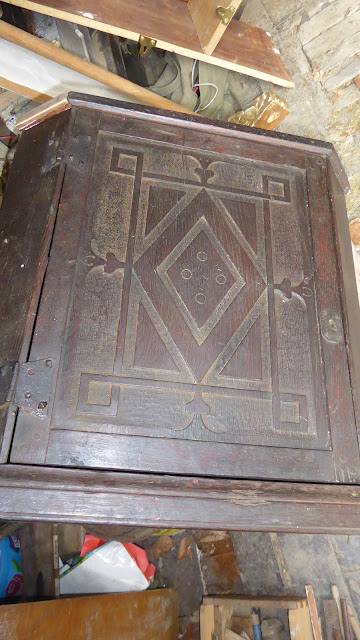 It's had a rub down and the worst of years of dust and dirt brushed off.  You can see that lovely red colour. The Butterfly hinges are off an earlier piece, and the nails they've used to hold them in place look a bit like frost nails from a horse's winter shoe.
Posted by Bovey Belle at 05:49