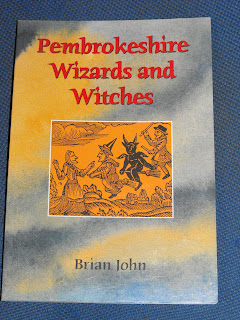 You will, of course, be familiar with Merlin, who according to legend, grew up just down the road from here near Whitemill, on the hill we know as Merlin's Hill, which has Merlin's Stone in a field just across the A40 and then there is - well, was - Merlin's Oak which stood in the town, and is now reduced to a couple of pieces, one held at Carmarthen museum and the other on display in St Peter's Civic Hall, just off Nott Square in the town.

However, two other Carmarthenshire wizards, Dr Harries, father and son, of Cwrt-y-Cadno, in the upper Cothi valley, were very famous in their day. Dr John Harries, diviner, physician and wizard, was born in 1785 and died in 1839. He possessed a great Book of Magic, a leather-bound grimoire with a brass lock and clasps which he allowed no-one but himself to handle. He was consulted often on the outcome of a sick neighbour, by their loved ones, and would go into a short trance and then pronounce whether they would get well or die. Apparently he was never wrong. Upon his death, his Book of Magic, and his shewstone (crystal ball) and other accoutrements were passed to his son Henry, who was a self-confessed warlock who had apparently trained in the black arts in London. He only survived his father by ten years, however, and following his death in 1849, the simple farmers (distant relatives) who had inherited the Book of Magic, were so frightened of it that they locked it away. One story tells that a London barrister who had heard of its fame, visited Cwrt-y-Cadno on a walking tour and persuaded them to part with it and the other magical effects - and doubtless paid good money too. However, it is said elsewhere that his magical book is kept in the National Library of Wales . . .

In the little book by Brian John, Pembrokeshire Wizards and Witches, it mentions "old Dr Harries" having particular skills in foreseeing the future, lifting curses, finding lost animals etc. He was apparently also a skilled psychiatrist and hypnotist, and had a deep interest in astrology and ESP, besides being a very skilled physician and surgeon. He was particularly remembered for his part in the case of a girl who had gone missing in the Llandeilo area. Her distraught parents consulted Dr Harries, and he consulted his books of magic and then informed them that she had been murdered by her sweetheart, and her body buried in a shallow grave in the mid-day shade from a certain tree. He described the place as best he could, and her relatives searched the district until an area resembling that described by the wizard was found. There, in the noon-time shadow of the tree described by him, they found the poor girl's body in a shallow grave, just as he had described. Her lover had fled but was eventually brought to justice, having confessed to her murder, and he was duly executed. However, the authorities then accused Dr Harries of being an accomplice as no-one else could have described the burial place of the girl with such accuracy. The magistrates were a Mr Lloyd of Llansevin and a Mr Glyn of Glanbran and they persisted with their accusation and Dr Harries was brought to trial in Llandovery. The court case was protracted and there was no actual evidence to implicate the Dr. He became annoyed with the stupidity of their questions, and suggested that perhaps his integrity and powers would be proven if they were to tell him the date and hour they were born, then he would tell them of the date and hour of their deaths . . . For some strange reason, the case reached an almost instantaneous dismissal . . . 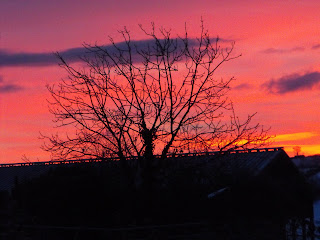