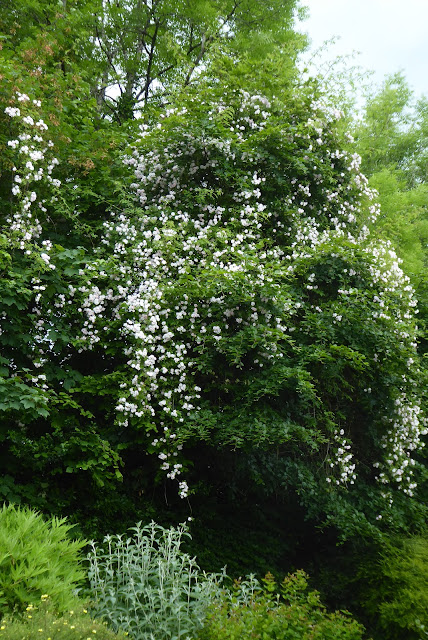 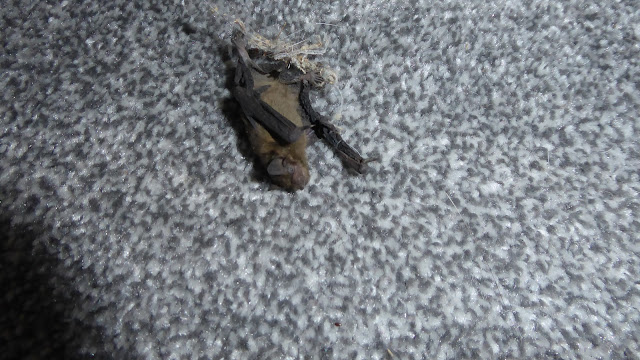 This wee baby bat gave me a bit of a shock today.  There I was, putting on my painting/gardening cord trousers ready to do more decorating, put one leg in and this little chap was catapulted onto the bedroom carpet. Of course, I carefully picked him up in a duster and took him downstairs where I very carefully trimmed off the cobwebs wound around his legs.  Then I took him out to the old tack/feed room and put him in a cool corner.  I'm not sure if he will survive, he may be dehydrated, but I've given him his best chance. We suspect he has come down Tamzin's chimney,which we thought we had totally bat-proofed . . .

The back wall behind the settle is now painted and looks great.  I will carry on over the weekend and hope to get the room finished, apart from the gloss.  I think I will choose a very pale colour to tie in with the splashback, rather than go for white again.

Keith saw the Parkinson's nurse today and what a breath of fresh air SHE was!  He was just saying he couldn't walk as far as the waiting room and would I get the wheelchair, when she whisked up behind him and told him to quick MARCH, heels first, looking up and ahead, and there he was, doing as he was told and walking better than he has in months.  All the muscles have been wasted and it will take him a while for strength to return, but she is going to arrange physio, and he has an add-on medication - which of course Boots didn't have in stock and had to order for tomorrow morning.  Things are looking a bit more positive again. Just walking properly will make such a difference to him and he CAN do it.

When we got home and opened the post, we found we had been awarded Attendance Allowance, with a back-dated cheque, so that was positive too.  Onwards and upwards.