A    P.S. at the top!  Forgot to mention that the open urinals in Builth have now been hidden behind some metal fencing with plastic "canvas" over so you can no longer see them in use!  I think there must have been a lot of complaints in the town - I don't think my blog is THAT widely read!! 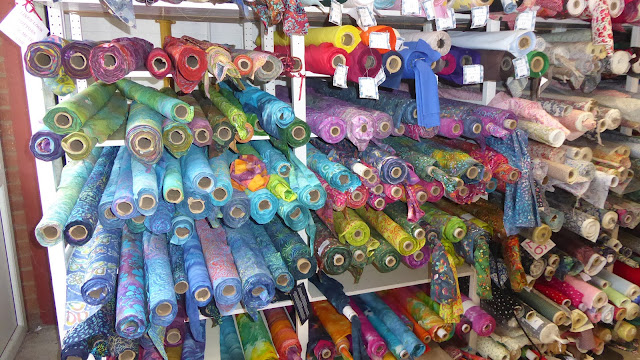 I had to go to Hereford yesterday, to check out mobility scooters for Keith.  Sadly he was too tired to go, but at least now I knew what we needed, what questions to ask and what have you.  It is all chosen now, so watch this space.

I had promised myself a long slow browse in Doughty's.  I got my knickers in a twist trying to find it as although I'd downloaded the directions to my phone, the Bluetak wouldn't hold the phone in place in front of the car radio, and so I had to lay it down on the seat and couldn't really see it - by the time I got to Hereford and needed directions, the screen was black and there was nowhere I could pull over to check it.

I had gone there first, but gone over the  old railway bridge instead of round to the right, and gone round in a big loop, then driven past it as it's set back from the road with understated signage.  Anyway, 2nd time lucky. BUT there was a big coach with some ladies sat in it and glumly I thought, oh heck, the shop is going to be so full of customers, I'll be ages.  Then literally as I opened the car door to get out (and noticed, thankfully, that the coach load of ladies was actually coming OUT of the shop and heading back to the coach) my phone rang.  It was Keith, telling me I needed to get back soonest as a meeting with a "them" (the organizers and doers in caring help) had been brought forward to 3 - 3.30.  It was 1 p.m.  I had to dash. 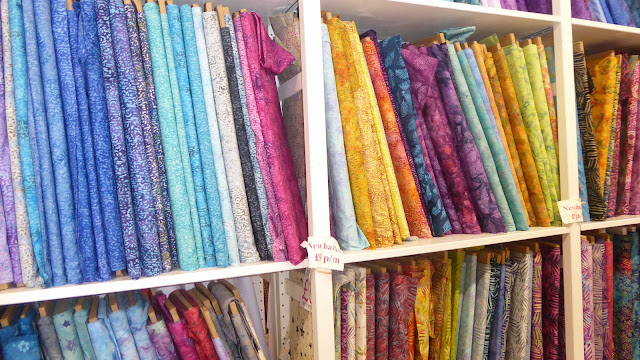 Photos rather than time to browse.  Some fabulous batiks - a whole room of them in fact. 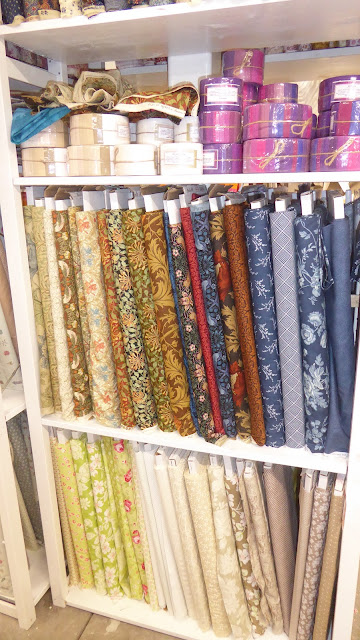 Other lovely fabrics, but not the colour way I was trying to match . . . 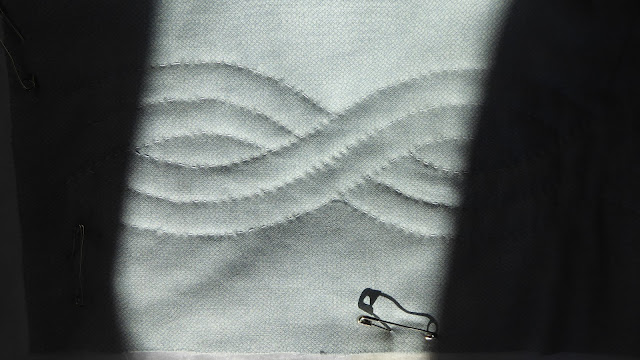 Somehow in moving house I have managed to lose the last pinned-up but un-quilted piece of border.  I've looked everywhere - found everything else, but not that one piece, and of course, no spare fabric other than small scraps in that stippled pattern.  I don't know how I managed that.  I had bought (from Doughtys, the shop I went to yesterday) a couple of metres of a likely-matching colour but it turned out to be slightly too green. 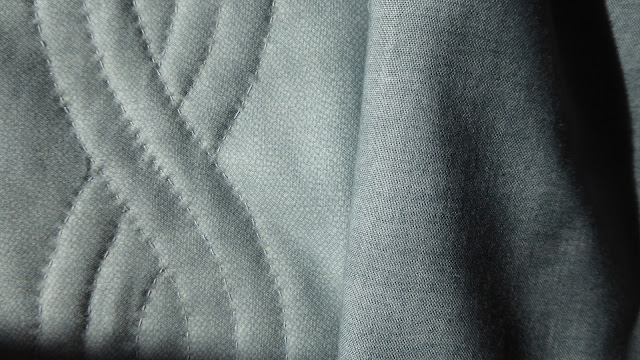 This was a very good match - just slightly too dark, but the linen finish makes it near enough to be used. So I need to crack on with that - it's been a work in progress too long.  I have to say, with Keith's health going downhill any urge to sew or stitch has been drained out of me. 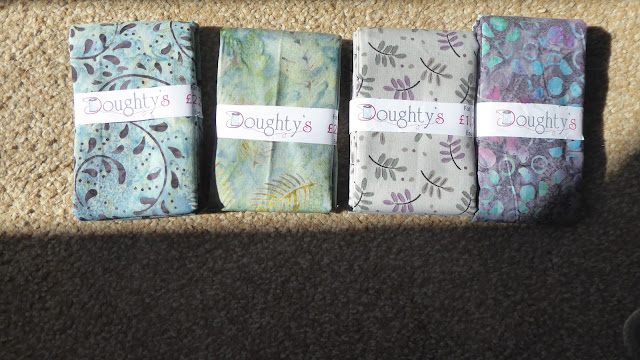 A treat - selected in a minute FLAT! I am amazed they have any tonal link at all!!!  More for my stash at present but I need to get going again - my William Morris heirloom quilt to start with for the next big project, once the previous quilt is done.

I will be back Doughty's, now I know where you are, and next time I will have a leisurely visit.

I had planned to visit Abbey Dore in the Golden Valley on the way back - that of course had to be abandoned.  Ah well, such is life.