Out and about in Hay 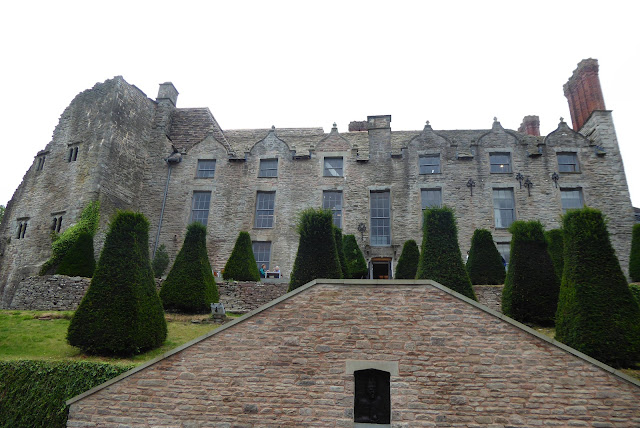 It's been months since I went to Hay - I feel guilty going without Keith because it was always somewhere we went together as a couple, either doing the tiny Fleamarket on a Friday, or as a day out (it has always been our default setting for a day out).  Anyway, Pam had never been there so I offered to show her around today. 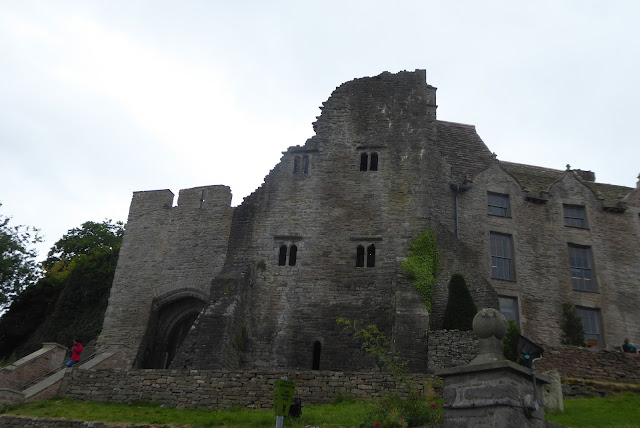 Here is the Castle all done up after it's enormous Lottery funding (the scaffolding alone came to a Million pounds apparently). 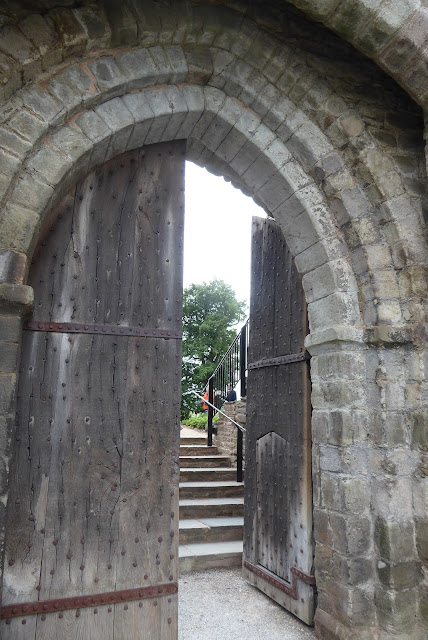 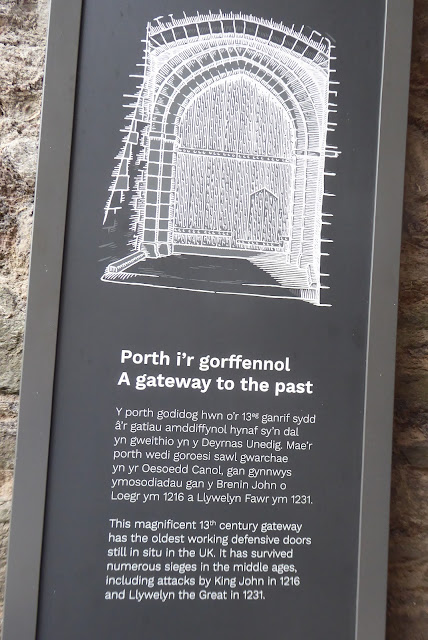 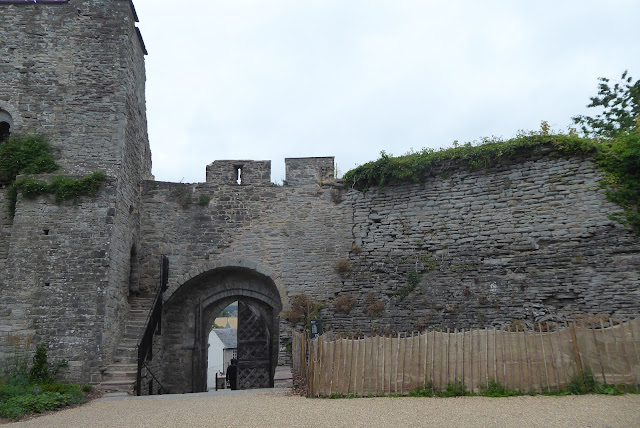 And from the other side, looking back.  Easy to see which stonework hasn't had the lime mortar replaced  (to the right). 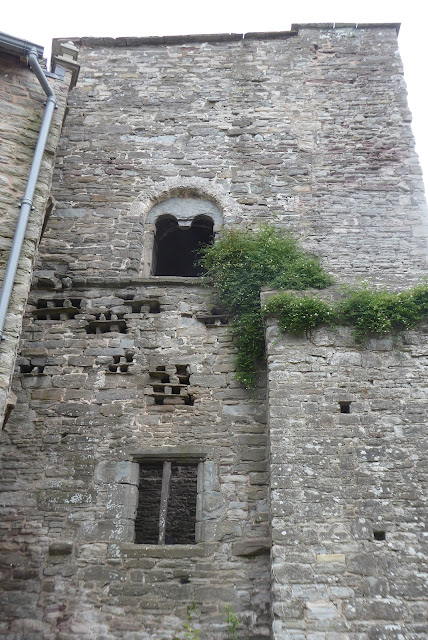 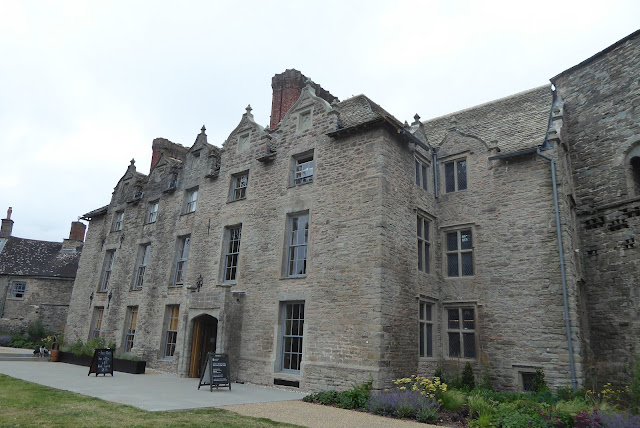 It's now open to the public to wander round, and have something to eat drink now that there is a nice cafe upstairs.  Pam bought us a drink and a piece of cake, and very nice it was too. 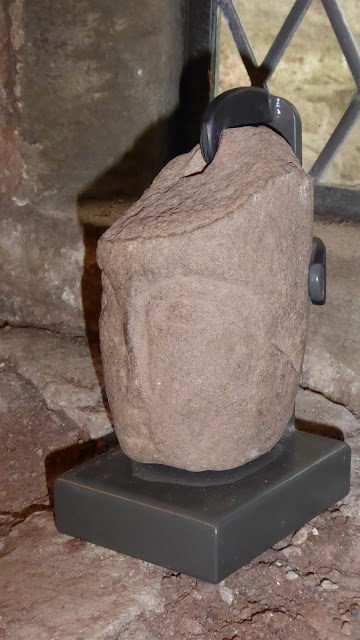 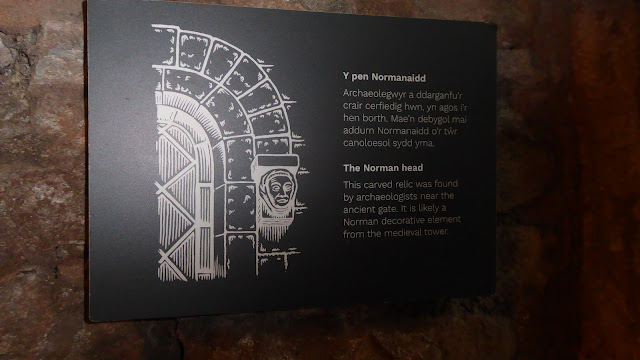 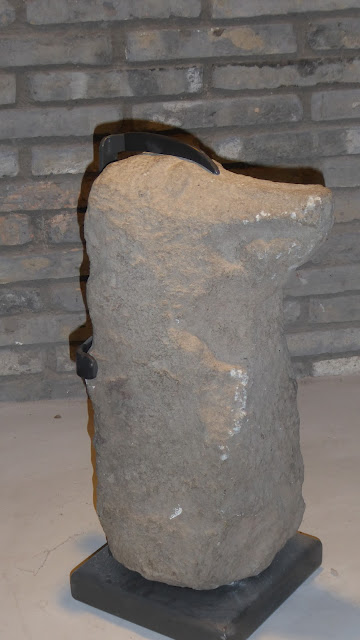 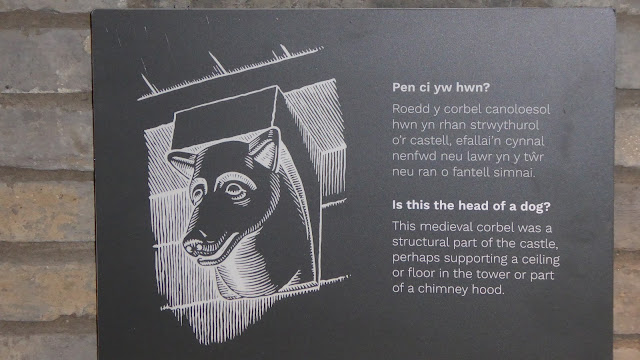 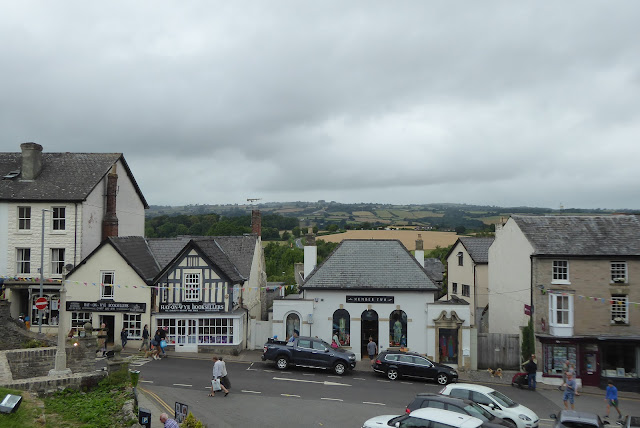 View from inside the castle across the town towards Clyro (out of site behind the fields). 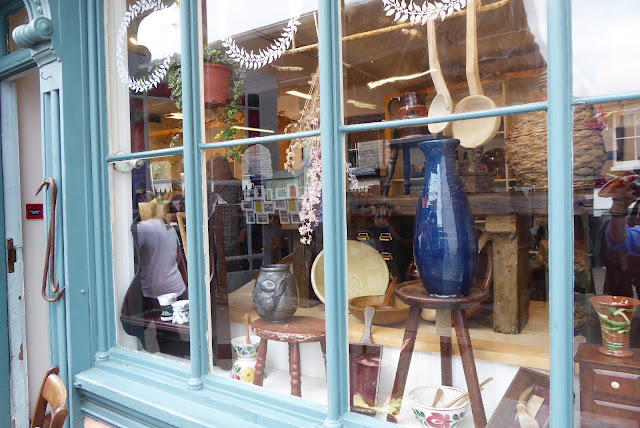 A friend's shop - she has some lovely things in there.  We had a chin wag too. 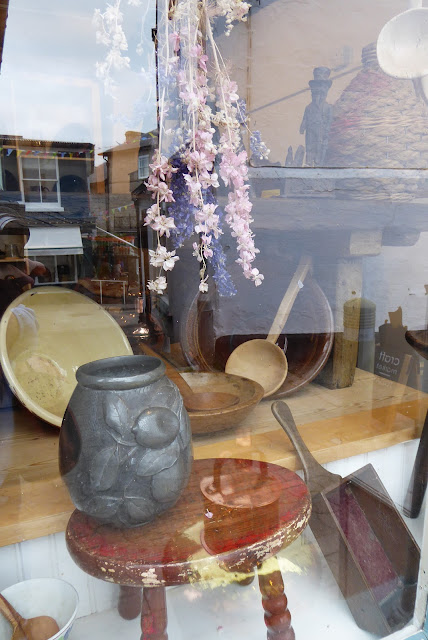 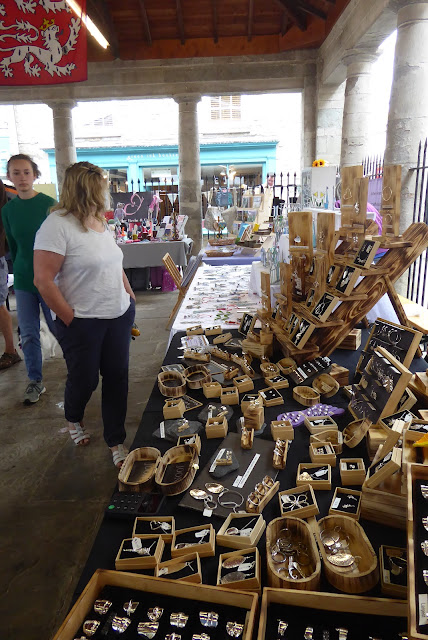 A craft market was being held in the old Butter Market where we used to have our stand at the Wee Flea. 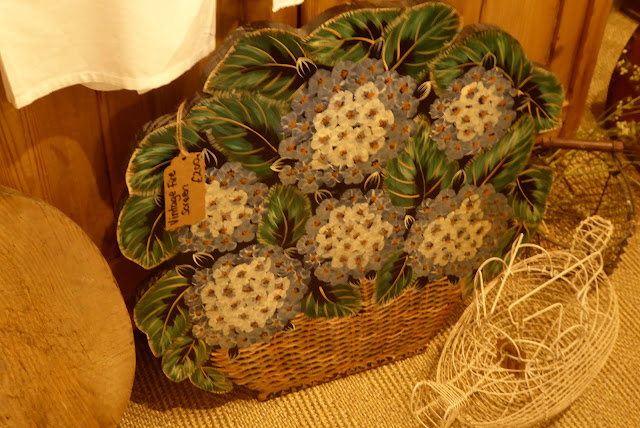 In the Antiques centre was this pretty screen.  (NOT vintage as I bought a tulips one almost certainly by the same artist, at Malvern recently). Remember the pretty one I showed a photo of from Malvern last week too? That was priced at £75 I think. £200 seems just a little steep . . . 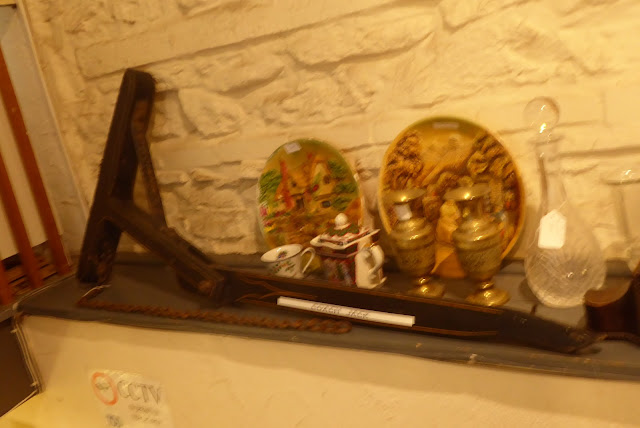 A rather smudgy photo of a Coach Jack, which I'd never come across before and found interesting as my g.g.g. grandfather drove the Exeter coach, back in the day. 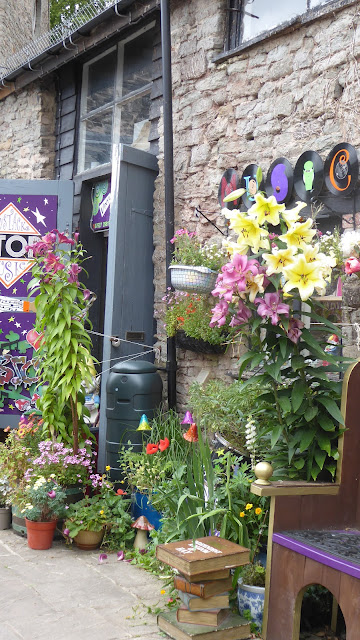 Huge Lilies by the wool shop. 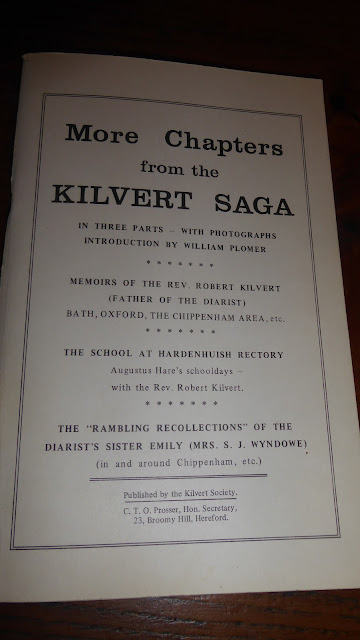 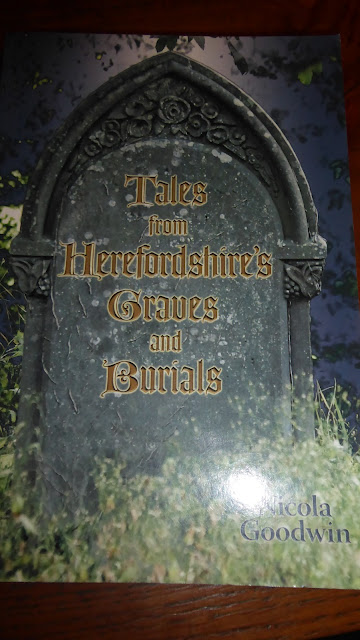 Hope you're all having a good weekend.
Posted by Bovey Belle at 11:49