Essentials only being done today

I have had a busy weekend as I had notice that the Fair I thought of doing this month was  2 weeks earlier than I thought (and not a month on from the last one).   With all the MANY financial outgoings recently I decided to try and recoup some money and also rehome Pre-Covid stock (still several boxes waiting to be emptied).  On Saturday afternoon I was already tired and stressed and the last thing I wanted to do was to pack the car, but I did it. 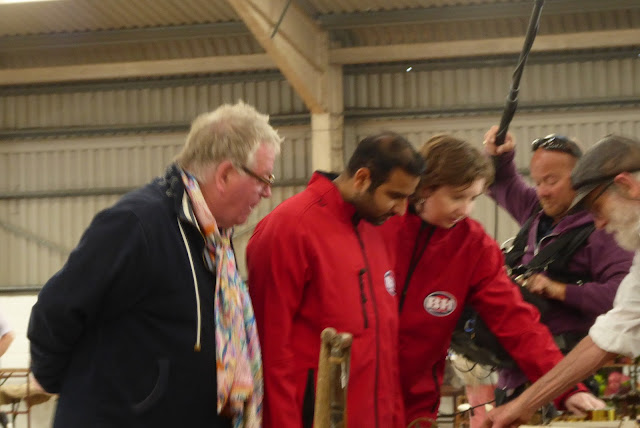 One of the Red teams, with Philip Serrell, shopping opposite me.

The Fair was back "home" in Carms, so 55 miles away.  I was awake at 4.15 a.m. and  didn't have to rush.  Forecast was a 5% or 10% chance of rain.  As I drew near, it began to rain, and then settled to a steady drizzle.  It didn't look any drier towards the West either.  I joined the queue to get in for an outside pitch, then turned round and parked up in a layby to see if it would stop.  It didn't, but I thought I haven't come all this way to go home, so went in and managed to get an inside pitch.  As it turned out, not too difficult as some folk just hadn't turned up.  Of course, I then had to carry all my stock into the building instead of just offloading it outside the car.  It was tiring but a chap helping out there brought my heaviest boxes in for me, bless him.  I set up - and the sun came out!

Bargain Hunt were filming all day with several sets of Blue and Red Teams.  I will appear briefly when Charles Hanson and a team were asking about a piece of Torquay Pottery on my stand.  I presume these will show in the autumn. 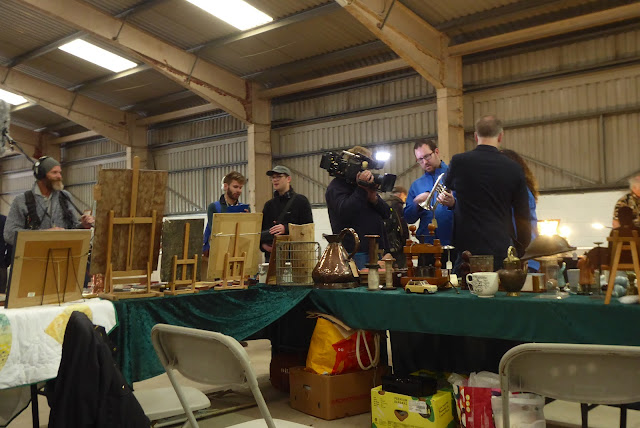 A dealing friend of ours was set up in the other half of the square of tables I was at, and one of the Blue Teams bought a Cornet from her. 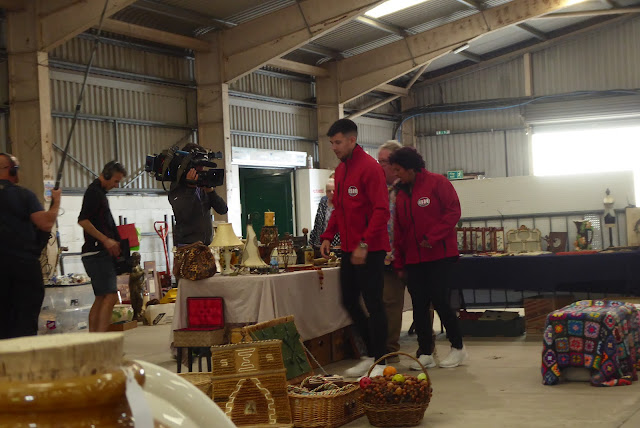 Another pair of Reds nearby.

It was a loooooong day - hardly any customers through - it used to be packed, pre-Covid.  Rumour has it that the Fair isn't advertised much (if at all) so I doubt I will bother to go again.  Time really dragged, but it was nice to see lots of old friends and they all wanted to be remembered to Keith - he is much missed.  Gosh, I missed him too, as he always packed the car so efficiently (and indeed, sat on a Chair and directed packing on Saturday) and carried all the heavy stuff.

On my way home, I popped into see some friends of ours, and it was lovely to see them again and catch up on news.

My final intention was to go round St Mary's Church, the oldest church (12 th C I think) at Llandovery. 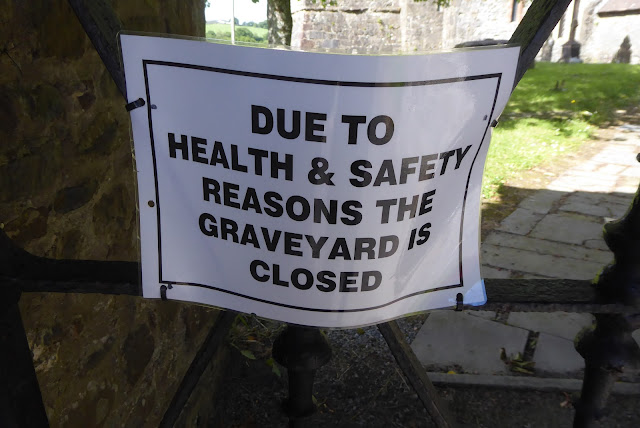 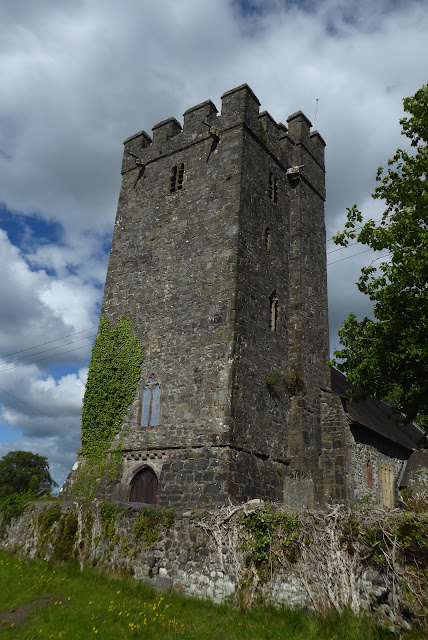 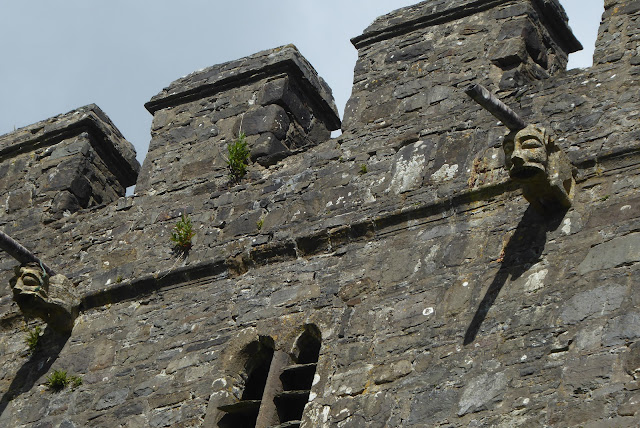 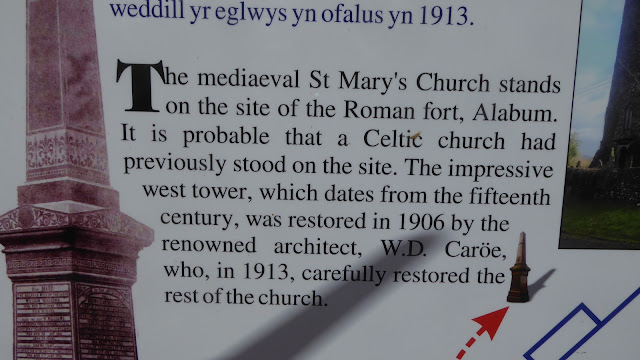 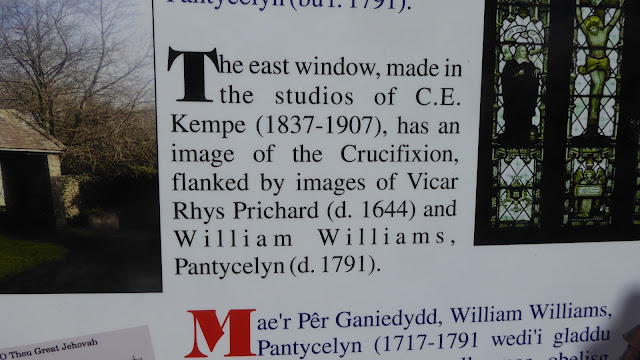 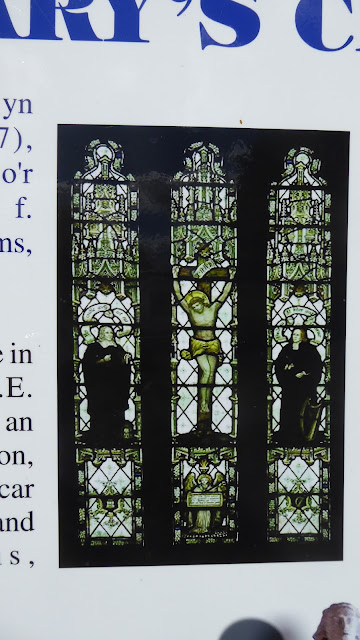 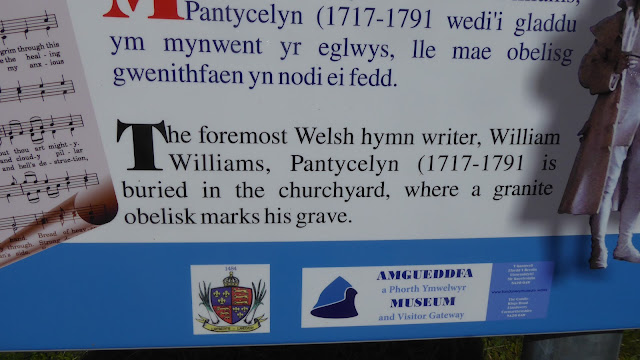 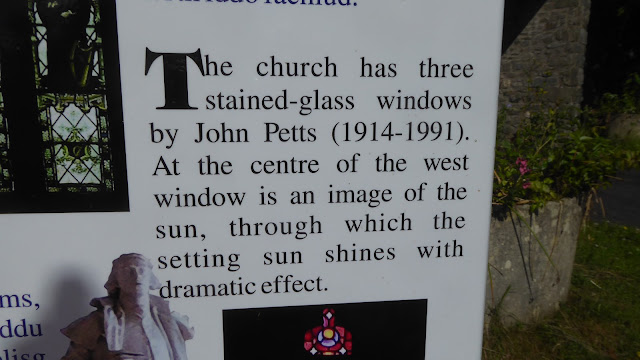 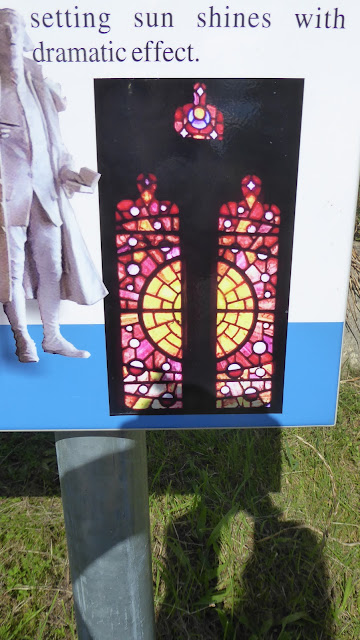 A shame, as I'd have loved to have seen the inside of the church.

Feeling low as Keith's medication isn't really working for him.  Being so tired, I am not in a good place in my head - I have had a gut feeling all along that this would happen.  We have been waiting for medication to help him ALL YEAR - first Thyroid pills and now what was prescribed by the Consultant who was so certain there would be what seemed like a miracle 3 weeks in - they've got till tomorrow to effect that miracle. Keith has only had very minor improvements in various symptoms.

We see the Parkinson's Nurse on Thursday so hoping she can advise (she is authorised to prescribe medication too).