Sorry about the delay. Once again, life got in the way. My middle daughter took me to the cinema yesterday (her treat), then we went shopping for seeds (her treat) and finally ended up in Matalan where she got a jacket for work and treated me to two lovely tops in the sale : )

Back to Gloucester cathedral today: 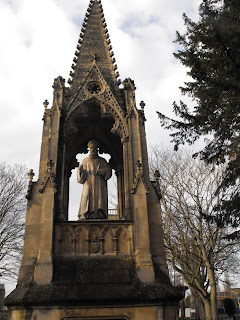 This marks the spot of the burning to ashes of John Hooper, 2nd Bishop of Gloucester, who died for his religious beliefs during the reign of "Bloody Mary" - Queen Elizabeth's little sister, and a devout Catholic. He died in 1555. 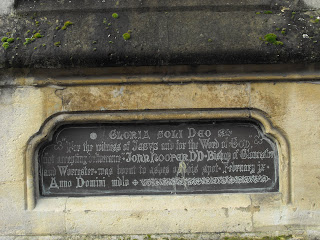 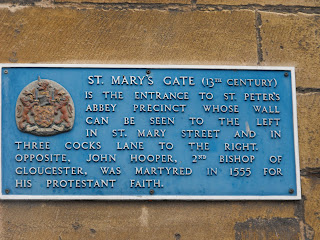 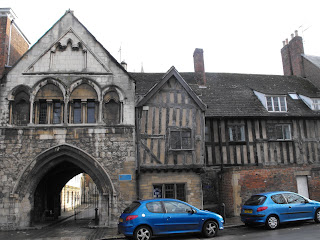 The entrance into the Cathedral Close - St Mary's Gate. 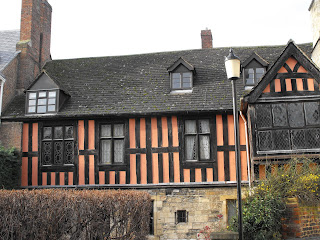 This beautiful (Elizabethan?) building is the back view of the previous photograph. 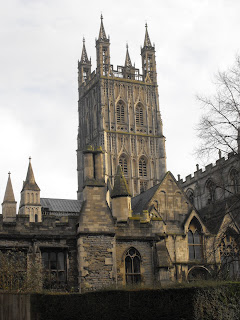 View of the cathedral as we walked towards it from St Mary's Gate. 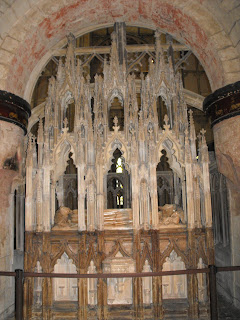 This tombs is one of the earliest alibaster carvings in England and drew many visitors in the 14th century, gifts from whom funded a major expansion of the Cathedral between 1331 and 1350. 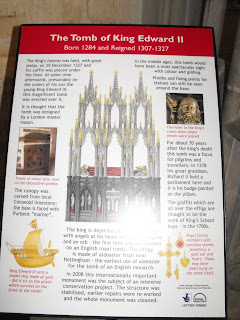 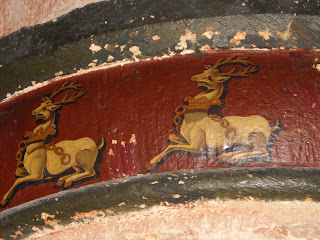 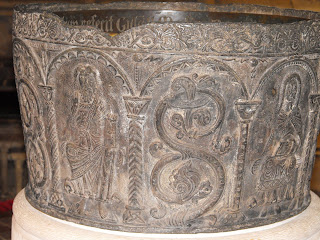 The Norman font is made of lead and dates from around 1130. It was gifted to the Cathedral in 1940 and originally came from Lancaut in the Wye Valley. 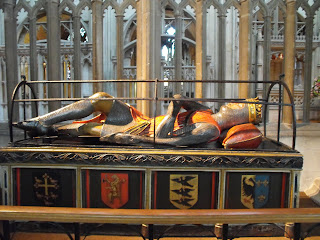 This effigy of Robert was carved from Irish bog oak in the 13th C. It is believed to have been made by Knights from the Third Crusade as a tribute to Robert, who had been one of the Knights in the First Crusade. 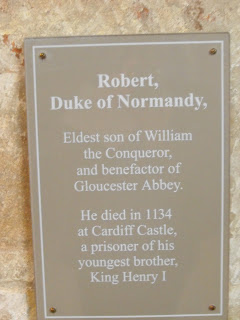 He was otherwise known as Robert Curthose and was Duke of Normandy from 1087 until 1106. his name comes from the French: Courtheuse - "short stockings" although his father, William the Conqueror called him "short-boots" in derision . . . Wikipedia can tell you more about him . . . 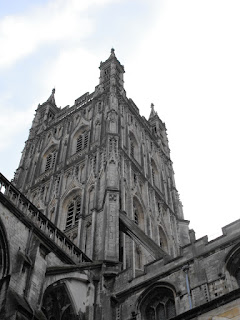 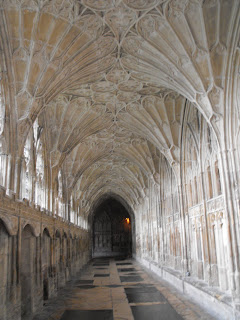 The beautiful cloisters at Gloucester - where part of one of the Harry Potter movies was filmed. 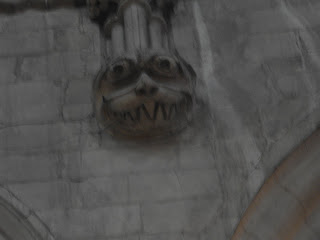 A rather blurry photo of what was believed to be a Tiger - it certainly has lots of teefs!! 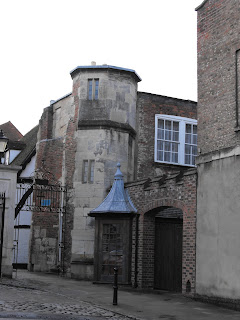