Looking across from our yard to our top field. 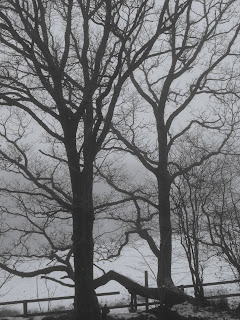 I was out clearing snow from the path down to what was my mum's flat, when I heard a scraping of wriggly tin and out of the corner of my eye, saw several of Next Door's calves escape into the snow! Hardly surprising, as the tiles were falling off the collapsing roof and the back wall long fallen down and only partly blocked by the wriggly tin . . . I am sure they will bring themselves back in when it gets cold and they get hungry, but I last saw them frisking down the track into a neighbouring field, so I have left a message on Next Door's answerphone . . .

Today there is a slow thaw and it is good to see pathway on the areas we have shovelled free from snow. We had to go to Carmarthen again, and walking around in town was horrid, as the Council have "gritted" the pavements with duff (used in mixing cement) and it is unpleasant to walk on. Yet there was a short piece in last week's local paper that the Council had a full warehouse of salt and grit and there would be no problems. This week's paper carried a disclaimer that the Council was under no obligation to grit ANY roads in Carmarthenshire. So there!

I found a new cookery magazine which I have bought as there were s many recipes in it I wanted to try, and it was only £2.20 introductory price. Look out for goodtoknow Recipes. 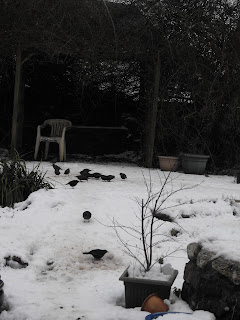 Still plenty of takers for the food on offer. Today we had lots of Starlings - they are allowed to be hungry too, so I don't begrudge them a mouthful, as long as they give the other birds a look-in. 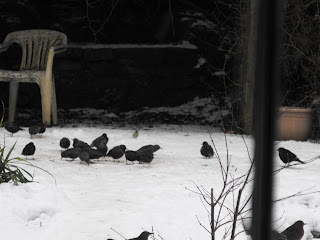 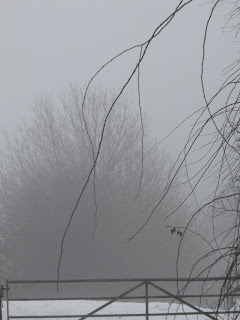 Of course, the rubbish has been a casualty of the bad weather. Ours hasn't been collected for a month now. Next week it will be five weeks. Having had to travel to Llandeilo yesterday, we found that there was a similar state of affairs there - on the main roads - HUGE piles of rubbish on the roadside. The demands of Health and Safety again I assume . . . What about OUR health and safety - we're fed up with having jackdaws and foxes ripping holes in the bags when we put it out (as it's getting dark, on collection day, the rubbish goes back in under cover again . . . 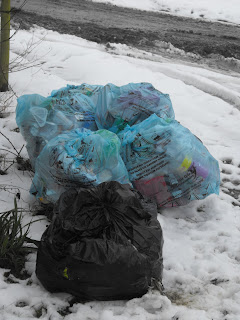 The calves were totally unrepentent! 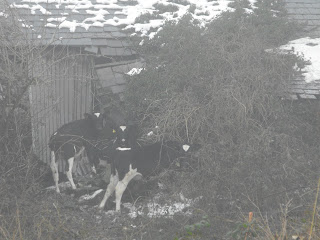 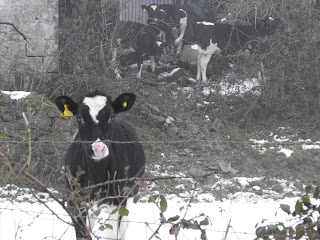 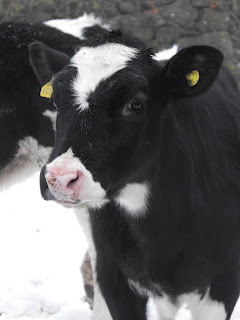 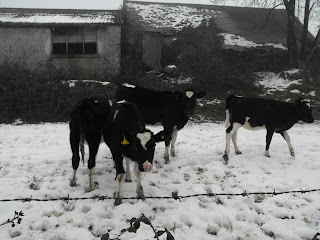